We had our apprehensions before proceeding on the drive to our major destination for the day. Already we had to dodge some rocks resting on the side of the coastal road from Diguisit Beach, reminders of landslides that occur in this area. Soon we were headed up a steep and twisting road so narrow that it can only accommodate a single vehicle at a time. Fortunately it was not raining this morning or the road might get too slippery. A single mistake could send the car careening off the road into the sea a few hundred feet below. Fortunately too, the people here have a system in place to ensure that only one car or a single line of vehicles going in one direction will be on the road at any given time.

Once we were past the main entrance gate near the PAGASA radar station we soon saw for ourselves why it was worth all the hassle going to Dicasalarin Cove. The panoramic views of the cove and the azure waters of Dicasalarin Bay were breathtaking. It was very tempting to stop in the middle of the road, take in all the scenery and capture it in photos but we decided to hurry up lest the next vehicle show up behind us. (On our way back we asked permission from the people managing the traffic to let us stop for a few minutes and take pictures of the cove.)

Dicasalarin Cove is privately owned by the Angaras but visitors are allowed in for a fee. It’s P150 if you’re a guest of Costa Pacifica, a resort also owned by the Angaras, and P300 if you’re not. Within the property are cottages for overnight stay, a restaurant and the Artists’ Village. Senator Ed Angara has his rest house here so visitors sometimes get to meet the retired senator in person.

After some snacks at their restaurant we headed out for the beach. The view that greeted us served to confirm the assertion by many that Dicasalarin Cove and Beach is the most scenic spot in Baler. The sand at Dicasalarin Beach is off-white unlike much of the Baler coastline. Turquoise waters flanked by rocky hills completed the tranquil scenery.

The waves were quite restless on this December morning, though not as strong as that at Sabang Beach. We’ve heard that swimming is not allowed here although we did see someone in her swimming attire looking like she had just taken a dip. Apparently, the sea floor drops down abruptly just a few meters off the beach, making it dangerous for children.

There is a flat coral shelf to the left of the beach where we could wade safely. Tour guides have mentioned the abundance of corals and sea life a short distance from shore but snorkeling in the strong current was just too dangerous. We were however very much content with just enjoying the remarkable scenery.

On a hill at the extreme right of the cove is a unique-looking structure – the Baler Lighthouse. Designed by architect Ed Calma, this structure may be reached by climbing 180 concrete steps. The views from the lighthouse are remarkable but we didn’t get to see that for ourselves. We got a bit lazy after climbing the 275 steps to the top of Ermita Hill earlier during the day and decided to skip this trek. We also somehow neglected to visit the Artists’ Village, a project of the Angaras to help artists. 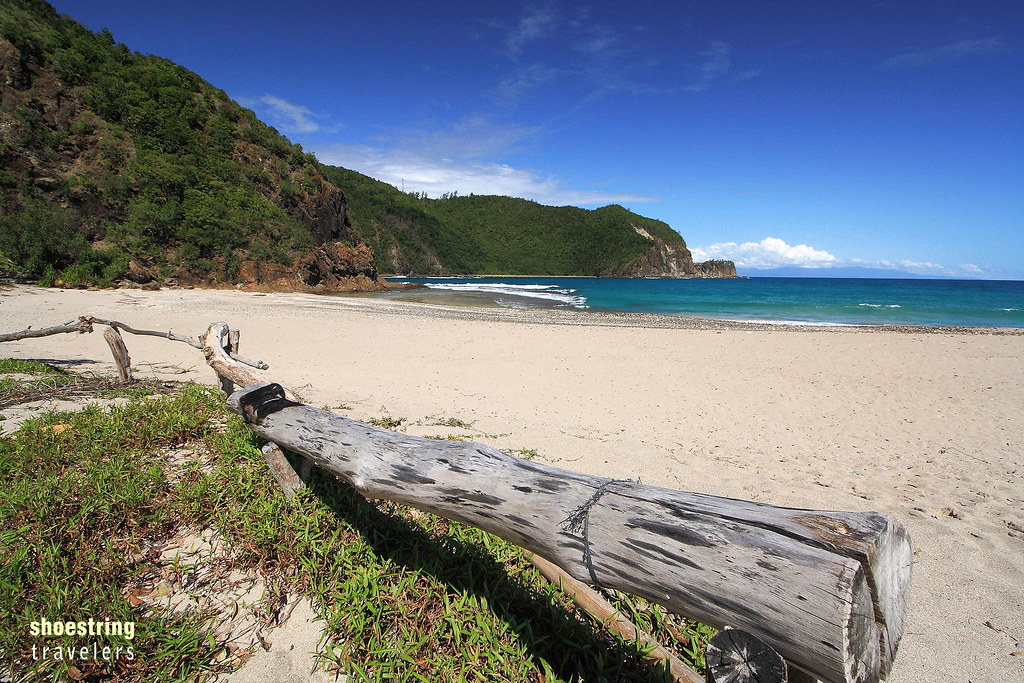 Dicasalarin Cove is at the end of the road that runs from the center of Baler town towards Aurora State College of Technology and right by Ermita Hill. From Ermita Hill the road runs along the coast and passes by Cemento Beach, the fish port and Diguisit Beach before going up towards Dicasalarin Cove. While most spots in Baler can be reached by trikes, Dicasalarin Cove is an exception because of the steep grade of the road. You can rent a motorbike but it’s best to bring or rent a car for this purpose. A 4×4 is the best option of course but we made it using a front-wheel drive sedan so ordinary cars can make it provided they are in good condition. You will need to stop and look for the person directing traffic at the start of the drive up. They are managing traffic here to ensure that only one car or a single line of vehicles going in the same direction are on the road. 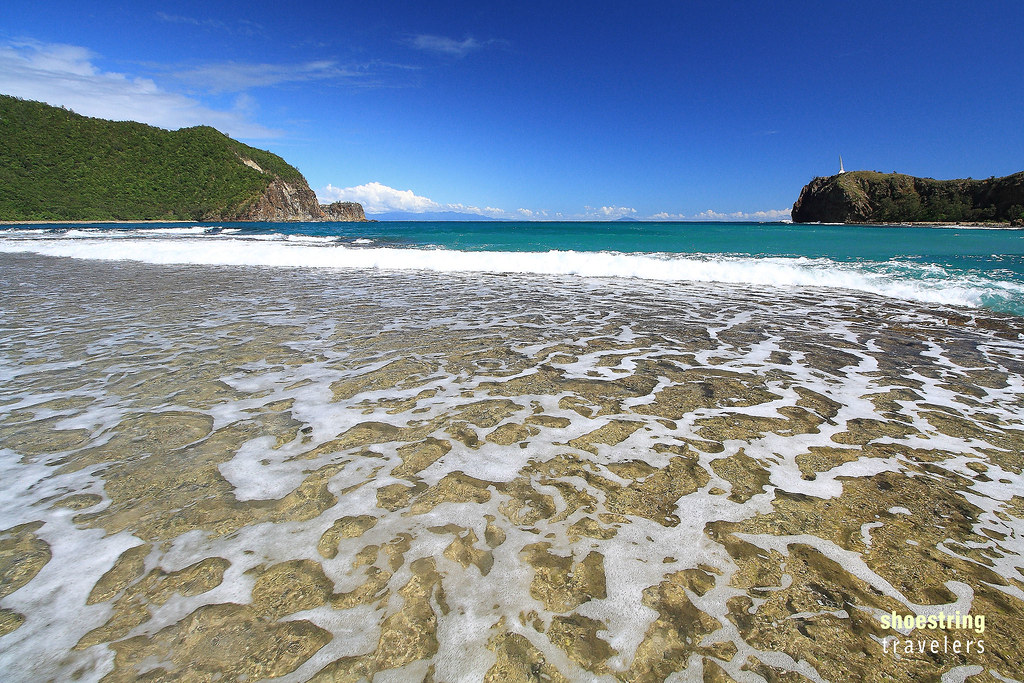 Dibut Bay is located just south of Dicasalarin Cove and is reputed to have several short stretches of white sand beach, rock formations and scenic cliffs. The marine life here is also remarkable. However it seems that the only way to reach the place for now is by taking a boat, something not advisable for most of the year except during the dry summer months of April and May.

3 thoughts on “On the Narrow, Twisting Road to Dicasalarin Cove”