We arrived at Daranak Falls after a stopover lunch at Tanay’s Paseo de Rizal. Not surprisingly, Daranak was slowly filling up with visitors enjoying its cascades and turquoise pools. On a weekday at that. But while the views were stunning, we were finding it difficult to shoot as much photos as we wanted without having multitudes bombing our shots. That settles it. Time to move on, leave Daranak and head for a lesser-known falls just a surprisingly short distance uphill. 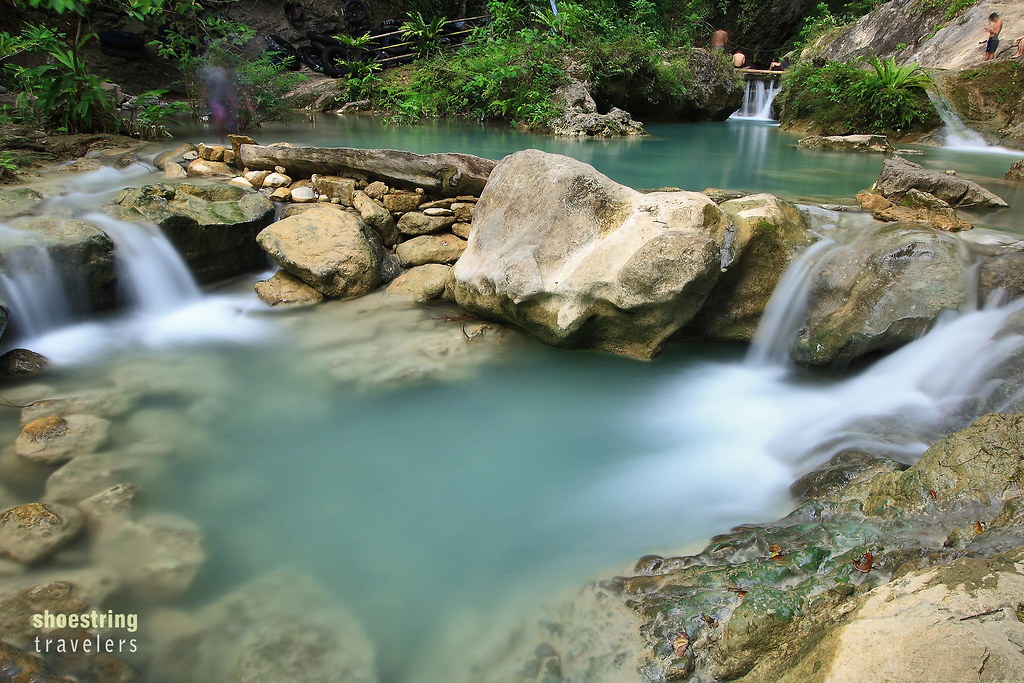 One of the turquoise pools at Daranak Falls; no way to avoid those photo bombs.

After crossing a wooden bridge over the stream feeding into Daranak Falls and paying the P100 entrance fee to Batlag Falls we were soon climbing up a cemented trail to a level ground that housed several open cottages with tables. There were no signs pointing the way to the falls but after surveying the area we were soon descending downhill to discover another stream leading to Batlag. Just like at Daranak, the stream flowed over creamy-white rocks that formed beautiful turquoise-colored pools along its length.

There are two falls (or three depending on how you look at them) that make up Batlag. The leftmost falls is a long, narrow, veil-like cascade that drops down onto a 14 feet deep catch basin. The falls to the right is much wider, composed of several drops that end up in a shallower (5 feet deep) but wider pool. The water at the pools is a clear turquoise. With the onset of the dry season the water flow is not as voluminous as what we have observed in other photographs. 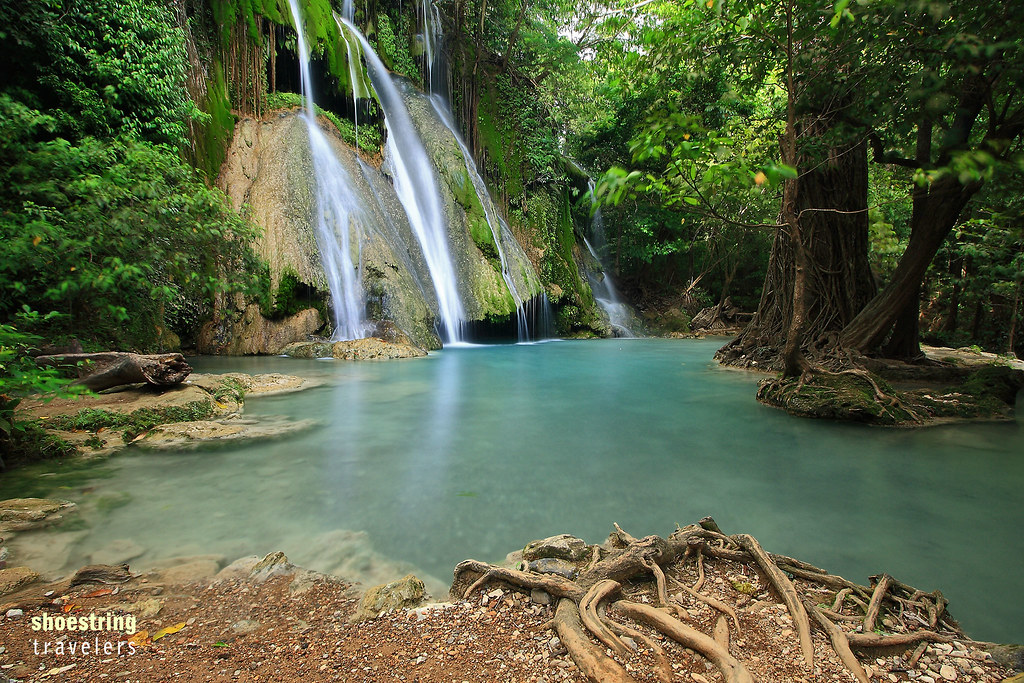 Batlag Falls: this is the portion of the falls on the right

Having just visited Daranak Falls, our group couldn’t help but compare the two. While some of us prefer Daranak with its more numerous pools and cleaner surroundings – the local government has been doing its best to keep the area clean – some of us fancied Batlag with its denser vegetation, unique rock formations and more serene surroundings. There are fewer people here as well while Daranak can get crowded especially during weekends and holidays. That makes it a little more favorable for photography. It’s also probably the reason why some TV shows and commercial advertisements have been shot here. 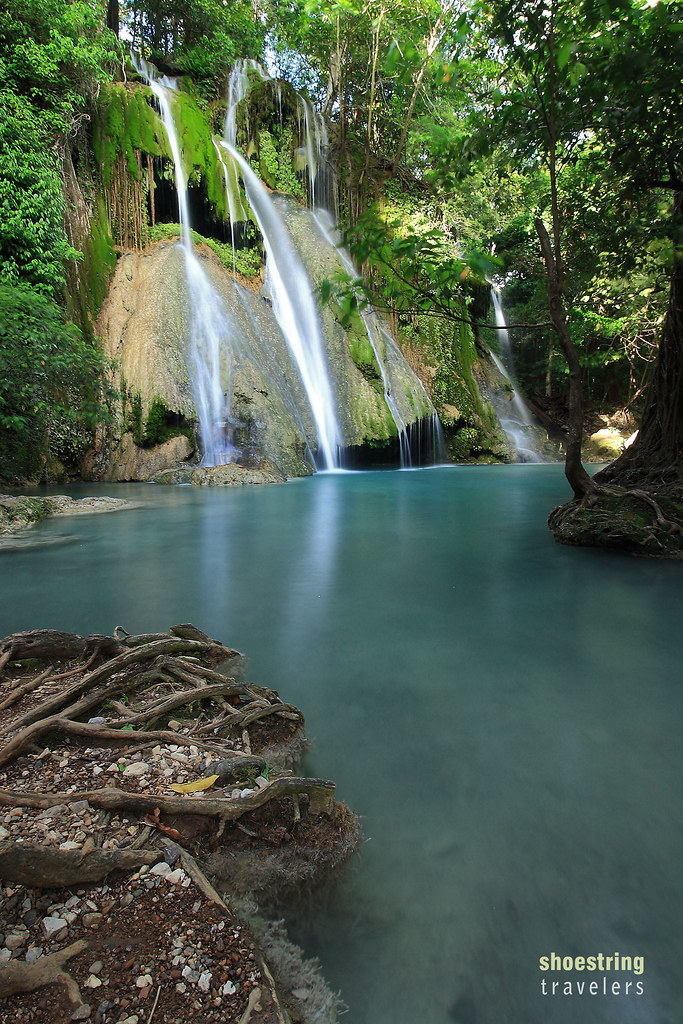 Batlag Falls is set in a forest amidst interesting rock formations

If you’re looking for waterfall where you can swim and play around, Daranak is a better option. If you’re more of a melancholic looking for a quiet, peaceful setting where you can reflect and interact with nature then head for Batlag.

One of Batlag’s catch basins

You can also stay overnight at Batlag (camping is allowed here) and where there are more cottages and tables around. However, the facilities, including the restrooms, are not as well-maintained as Daranak’s; some structures are even run-down.

It was well into the late afternoon when we arrived at Batlag and we ended up having to leave sooner than we wanted to beat the evening rush-hour in Metro Manila. A pity since we weren’t even able to explore the area to the left of Batlag Falls. But with its proximity to the city it won’t be that hard to return to this tranquil location anytime soon.