For the longest time, the province of Laguna was synonymous with the Pagsanjan Falls (now known as Cavinti Falls) and its accompanying shooting-the-rapids boat ride. But in the past 10 years or so, several other major waterfalls all over the province – beside other natural attractions – have gained prominence. And it seems that previously unheard-of falls keep getting discovered every year. We’ve known about them for some time, but late last year the waterfalls in the obscure town of Luisiana were the latest to be revealed to the traveling public.

With such waterfalls named Hulugan, Aliw, Talay, Bumbongan, Malaog, Limbon-limbon, Talong Mababa and Talong Malayog (at the Botocan-Tiklingan River), Maapon, Paugtulan and Lagaslas, Luisiana has a myriad of cascades to choose from. For the moment however, only Hulugan, Aliw, Talay and possibly Bumbongan (Twin) Falls are relatively accessible. While on a visit to relatives in Tiaong, Quezon province, we decided to take a detour on our way back home to visit Aliw Falls. Hulugan and the others can wait. With these falls less than 3 hours-drive from our home in the metropolis it’s a cinch to come back anytime we wish. 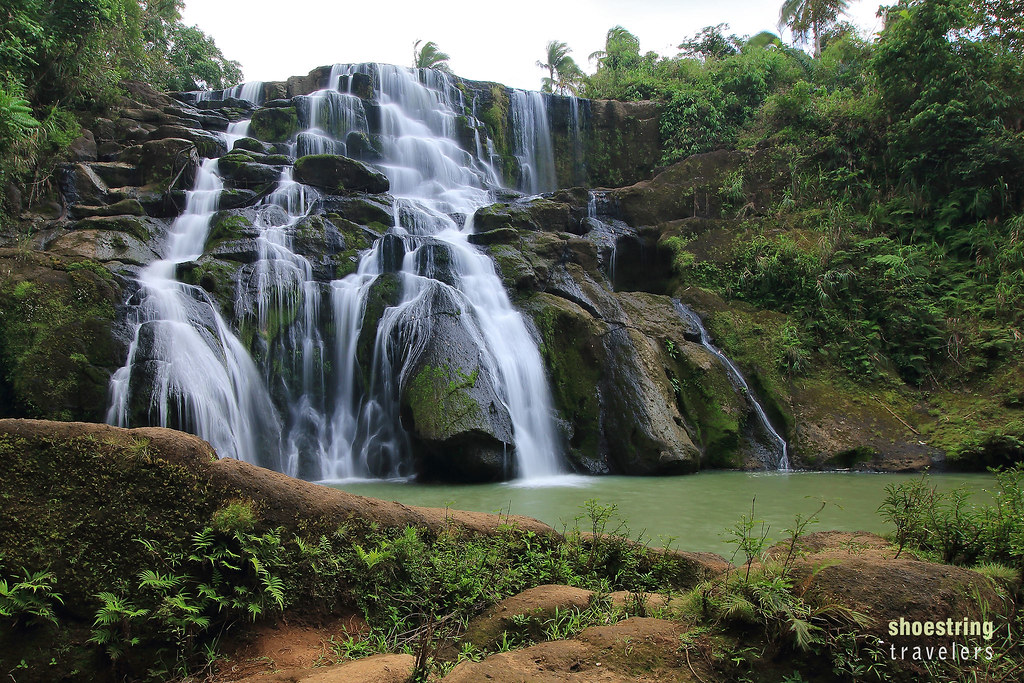 Getting to Aliw Falls turned out to be relatively easy. Aliw is situated at the headwaters of the Dapi River which flows all the way to Magdalena town. The base for a trek to this waterfall is the Dafi Resort which is situated almost along the Santa Cruz-Pagsanjan-Lucban highway at Barangay San Jose. After leaving a “donation” at the resort we were given a guide to take us to the falls.

The trail to the falls parallels the beautiful Dapi River, at the time of our visit a light-moss green colored stream that features a few minor cascades along its length. The hike included going through gently sloping ground which wasn’t difficult to negotiate. And the trees along the trail provided plenty of shade from the late morning sun. Consequently we completed the hike in slightly more than 15 minutes. Our guide told us that our timing was perfect; had we visited Aliw one or two days earlier we would have found ourselves slogging along a muddy and slippery trail. Intermittent rain can easily muddy up the ground here. 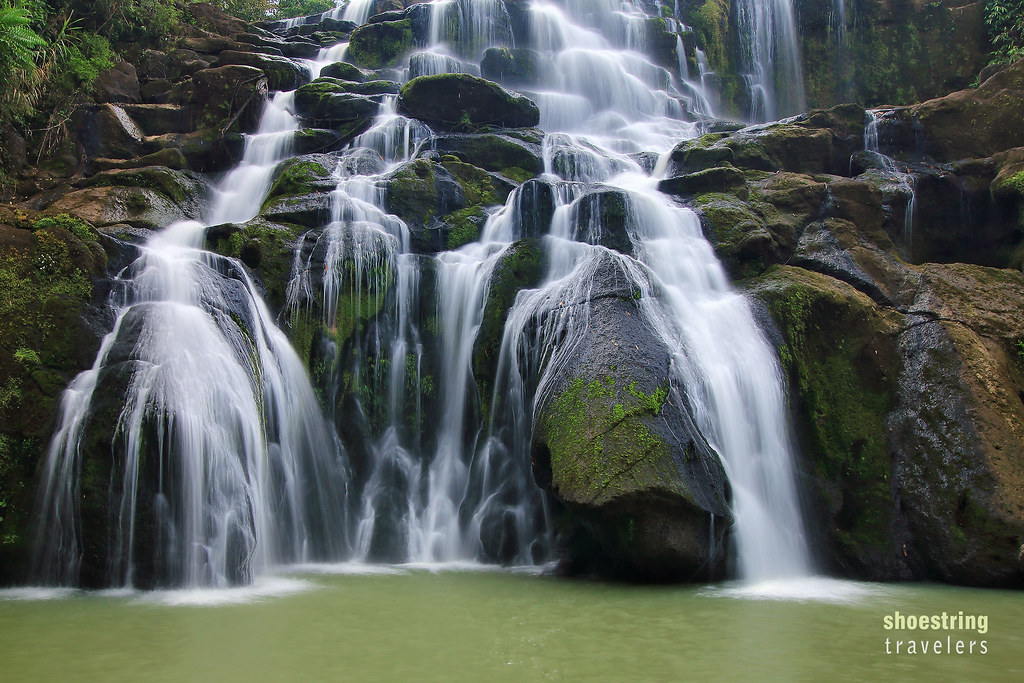 Aliw Falls turned out to be a beautiful multi-tiered waterfall about 25 meters tall and 30 meters wide. The catch basin is relatively deep and the surrounding rocks are slippery; only experienced swimmers can safely bath here. One can also climb the rocks on the left to get to the top of Aliw for an interesting point of view.

We’ve often wondered why the name Aliw and haven’t gotten a satisfactory explanation so far. Aliw is a Tagalog word which means to entertain or amuse. We were certainly entertained by the sight of this waterfall, definitely one of the best we’ve seen thus far. It’s a perfect way to start our tour of the various cascades in Luisiana and are looking forward to visiting Hulugan Falls soon.

How to Get There

Luisiana may be reached through Santa Cruz, a major transport hub in Laguna. From Santa Cruz take the highway going to Lucban via Pagsanjan and Cavinti towns. Before reaching the town proper of Luisiana and still on the highway to Lucban, look for the entrance to Dafi Resort at Barangay San Jose. From the highway there’s a graded road leading slightly uphill to Dafi Resort where you can park your car and get a guide to Aliw Falls.

Aliw Falls with the Dapi River in the foreground

If commuting, take a bus going to Santa Cruz (e.g. JAC Liner in Buendia). Get off at Pagsawitan, Sta. Cruz. At Pagsawitan take the jeep to Lucban and tell the driver to drop you off at Dafi Resort in Barangay San Jose.

Some visitors have used another route through an abandoned/ uncompleted subdivision just off the national highway and located between the Dafi Resort entrance and the Barangay San Salvador entrance to Hulugan Falls. This route will also take about 20 minutes or so to hike but there is hardly any shade from the sun for the trek through the subdivision. You will also be going down an almost vertical cliff since the route passes over the top of Aliw Falls.

We arrived back at Dafi Resort from our Aliw Falls trek almost at noon but since there were few dining alternatives in Luisiana and Cavinti towns we decided to drive to Pagsanjan for lunch. At Pagsanjan we found a relatively new restaurant set in an old ancestral house: Balai Ilocos. This restaurant serves mainly Ilocano food and though not as popular as the nearby Calle Arco Restaurant, we enjoyed our time here. The ancestral setting was soothing and the food was good and affordable. We could have easily taken a nap here but pushed on ahead towards our next destination.

10 thoughts on “Aliw Falls: Amused by Luisiana’s Gem of a Waterfall”