After our morning adventures at the Small Lagoon and Secret Lagoon in beautiful Miniloc Island, it was almost lunch time. Our boat hoisted anchor and headed for Shimizu Island, an islet with towering limestone rock walls and a gorgeous white sand beach that would soon double as our lunch picnic spot. 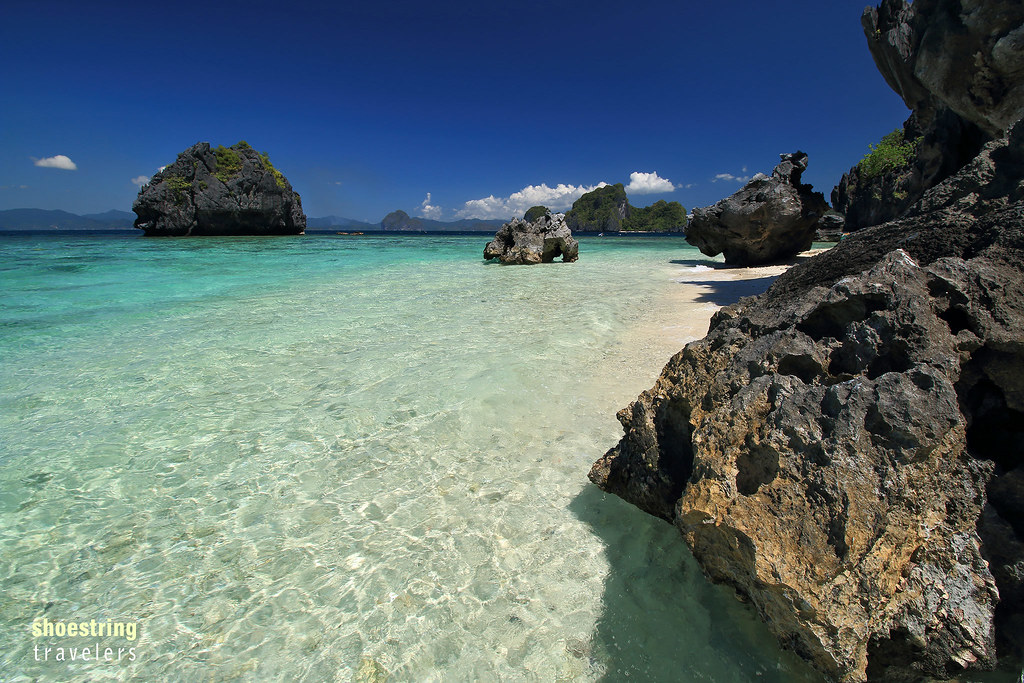 Shimizu Island is a beautiful picture of serenity

Of all the islands in the Bacuit archipelago in El Nido, this island alone has a non-Filipino sounding name (with the exception of Helicopter Island which is actually a moniker for Dilumacad Island). Why so? We later found out that it was named after a Japanese diver who spent a lot of time in El Nido, enjoying the marine life in these islands but who unfortunately lost his life while exploring an underwater tunnel here. Shimizu Island would later become the usual stopover for boats doing the Tour A circuit around Miniloc Island. 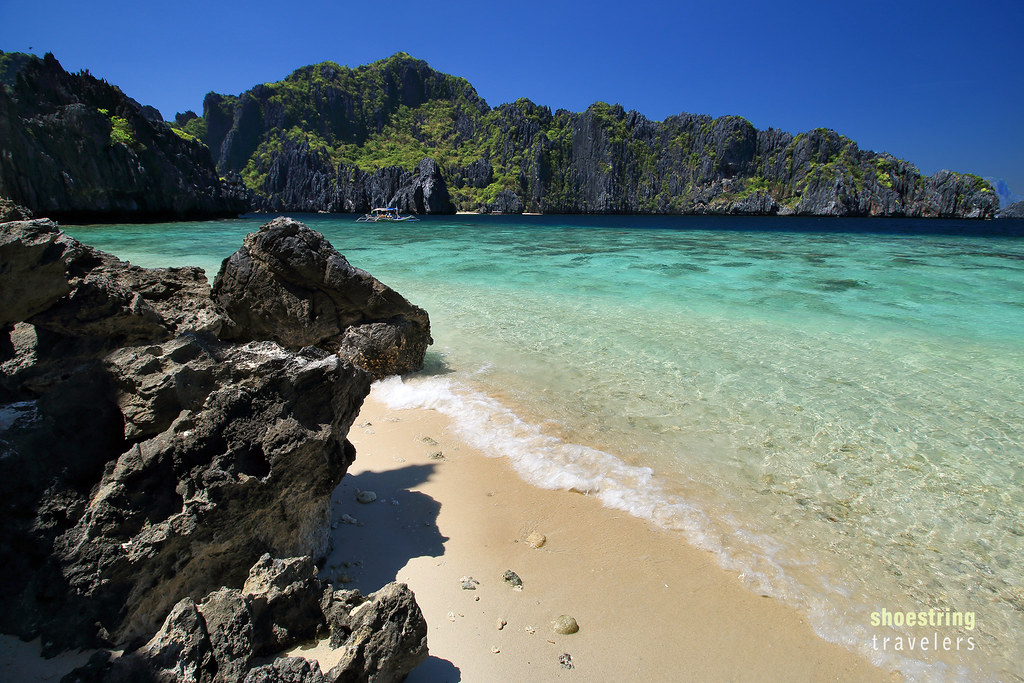 By the time we got here, tour boats have congregated around the beach, leaving our bigger boat no room to dock. We turned around and approached the island through a narrow strait between two huge limestone rocks and dropped anchor well off the beach. Fortunately the trek was through shallow waters and we were on the white sand beach in no time.

Lunch is usually cooked aboard the boats and served on the beach, picnic-style. While waiting for our boat crew to finish grilling our lunch we had time to go swimming and snorkeling; Shimizu Island is said to be one of the best snorkeling spots in El Nido, with a variety of corals and other marine life. With so many excellent snorkeling spots in the islands we had previously visited however, it was a bit difficult to concur about that point. 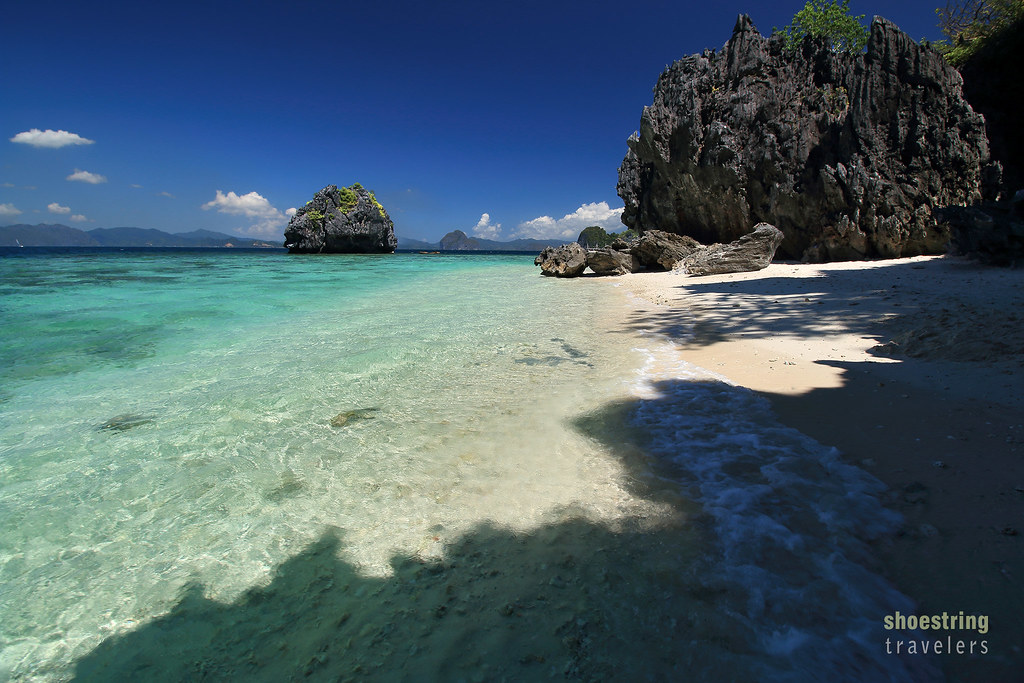 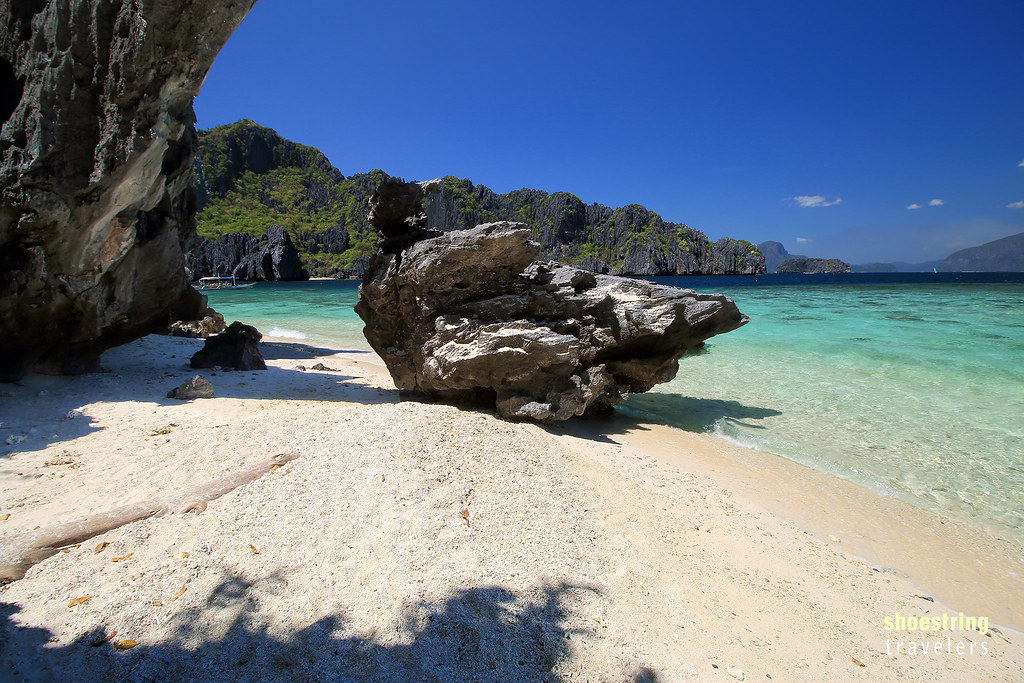 Some time back, the tour operators would get tourists to feed the fish here and the latter would come out in droves to the delight of the guests. This practice has since been discouraged; the islands at Bacuit Bay are included in the El Nido-Taytay Managed Resource Protected Area, the largest marine sanctuary in the entire Philippines. 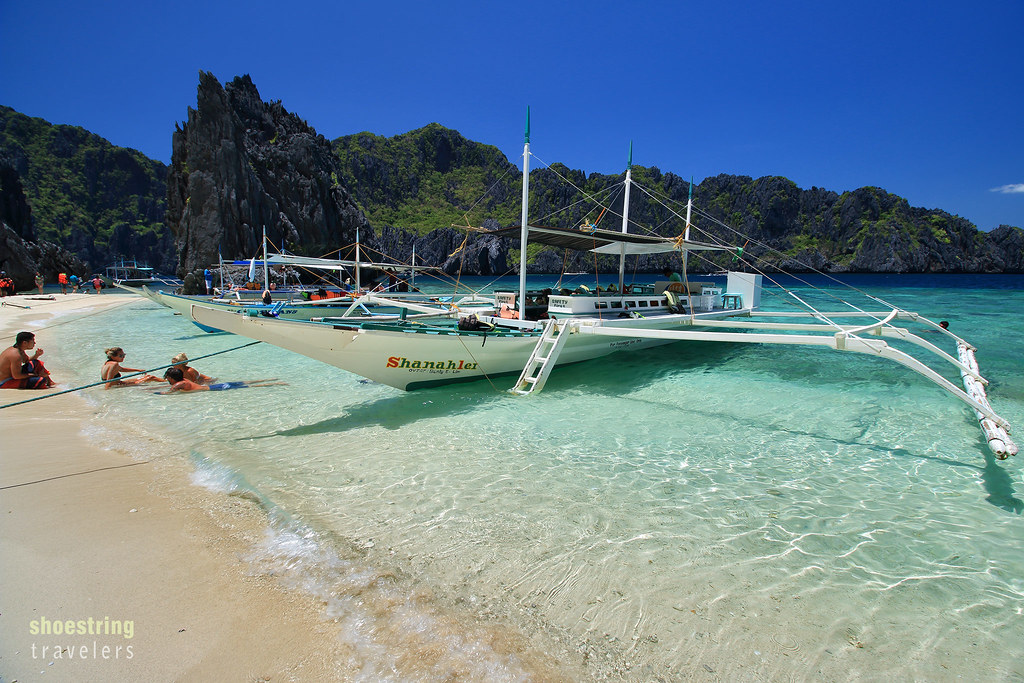 Visitors chilling on the beach

Before we could snorkel at Shimizu however, we took a lot of time shooting photos of the island. The white sand beach, crystal-clear turquoise waters, towering limestone rocks, picturesque boats and chilling visitors were just too difficult to pass up. Soon our boatmen were bringing cooked lunch from the boat and serving them right on the beach. After a hearty lunch we were resting and chatting with our boat mates under the shade of the imposing limestone walls. 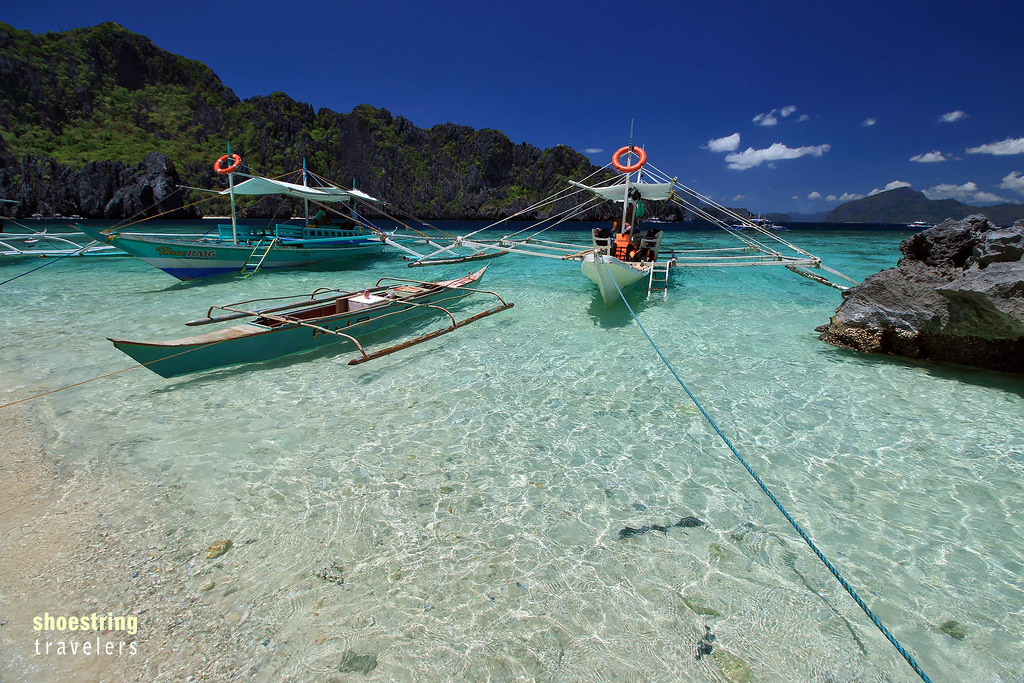 Within minutes these boats were all gone

We had arrived at Shimizu a bit later than the other boats and before long we were practically the only boat left on the island. This was our cue to take more pictures, unobstructed this time by boats and guests. Snorkeling completely forgotten. It wasn’t long before our boatmen were signaling for us to hop on board our boat for the trip to our next destination: the Big Lagoon at Miniloc Island.