In our past two visits to this coastal town our primary destination has always been the same: Patar Beach. Blessed with white sand and crystal-clear waters, Patar Beach we thought was worth the long 6-hour plus drive from Metro Manila. So when Leo drove his mom, sisters and a nephew to Bolinao in Pangasinan province recently, his first impulse was to bring them to this white beach wonder. Not having been to this beach since 2011, however, he was in for what was almost a rude awakening.

Patar Beach Then and Now 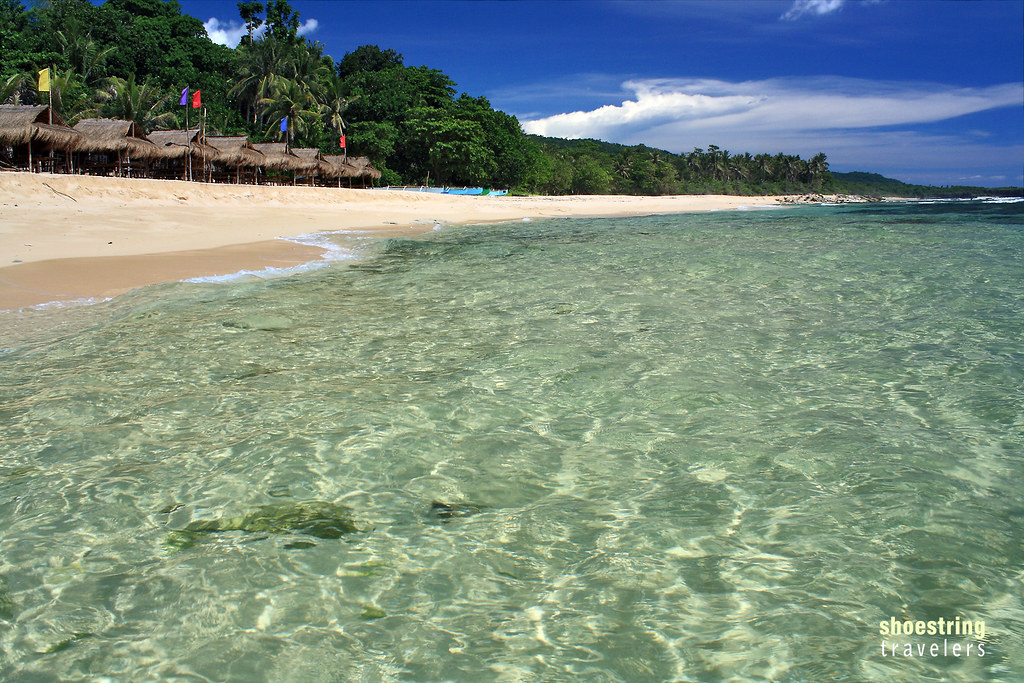 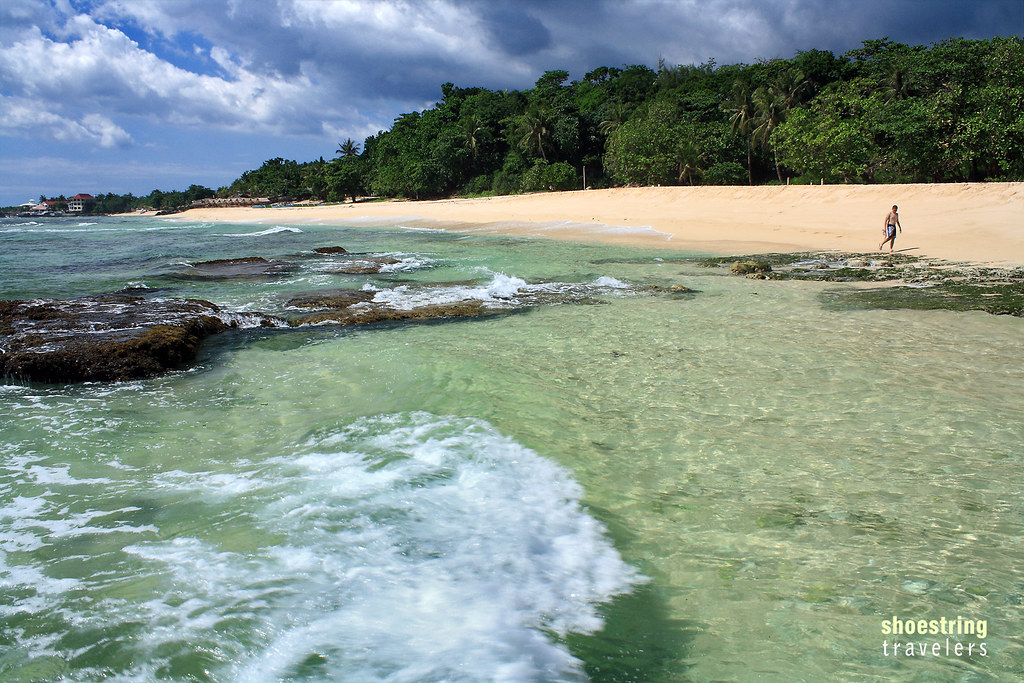 At the practically deserted southernmost portion of Patar Beach, circa 2011.

Driving to Patar Beach from their resort (SCL Garden Paradise Beach Resort) he noticed that the road to the beach was already paved (we’ve heard about this development back in 2015). This wasn’t a surprise but what greeted him when they arrived on the beach near the Treasure of Bolinao Resort was. It was a weekday –granted this is summer – but they were all unprepared for the hordes of people that descended on Patar Beach, with loud videoke music blaring in the background.

They also noticed the long line of resorts along the road where none – except for the Treasures of Bolinao Resort – existed before. Patar Beach and Bolinao has definitely come a long way from what it was six years ago. Somewhat disappointed they drove back to the SCL Resort but not without dropping by the Cape Bolinao Lighthouse and a nice view of the azure waters of the South China Sea.

Back at the SCL Garden Resort they were surprised to discover a white sand beachfront. There were some day guests swimming in the warm waters but the beach had none of the huge crowds at Patar Beach.

They would beach bum the rest of the day at this serene setting. And enjoy the beautiful sunset as daylight drew to a close. 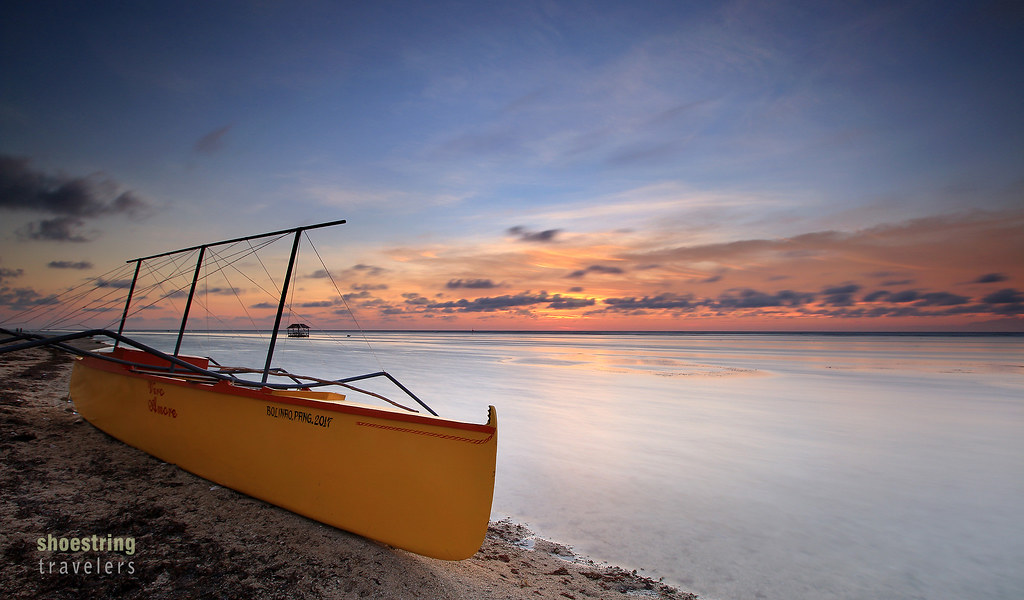 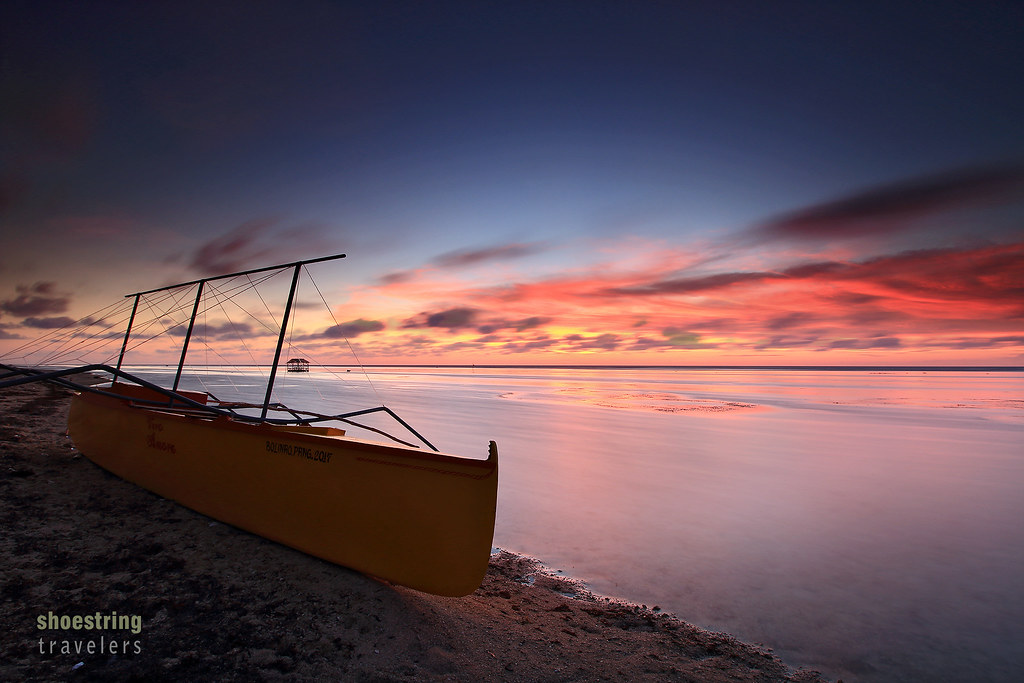 Early morning the following day would bring delightful discoveries along the same beachfront. It was a little past sunrise when Leo came for a stroll along the beach and noticed several tidal pools had formed along the undulating sand after the tide had retreated. Trapped in those pools were a number of colorful reef fishes including clown fish and a lion fish slowly drifting its way among a growth of sea grass.

A short time later, the sun’s rays began to bath the beach as it rose lazily up the azure sky.  At the same time, the tide slowly began to creep in – a signal for a number of migratory white egrets to swoop down on the beach for their breakfast.

Egrets looking for their breakfast among the shallow waters

After nature’s impromptu show at the beach, it was time for a quick breakfast for Leo’s group and a visit to one of the three underground caves in town. Enchanted Cave is just a short drive away from the resort and has a natural swimming pool formed by an underground spring. The water is cool, less than 6 feet in most parts and crystal-clear but one has to be careful when walking on the rocky pool bed.

Steps to the Enchanted Cave

A look inside the Enchanted Cave

Despite their previous disappointment with the state of Patar Beach, Leo’s group decided to go back, this time to the northern section of Patar – at the Rock View Beach Resort with its white sand beach and rock formations. There were several families staying at the resort and swimming at the beach but the impressive rock formations at this location was simply too good to pass up.

At one end of the beach we spied some kids playing in a rock enclosed pool similar to a natural pool we saw at Animasola Island in San Pascual, Masbate. Rock View Beach Resort probably has the best natural surroundings in Bolinao. The beach scene would have made for excellent sunset shots had Leo and his group stayed in town one more night.

The group was on its way home after just an overnight stay at this coastal town but on the way back they decided to have lunch at the floating restaurant of Sungayan Grill. Meals are served at covered rafts along the banks of the Balingasay River and customers can sample the view of the colorful river and its green surroundings while enjoying their meal. It is even possible to have lunch while being floated down the river on a raft – for an additional fee, similar to lunch being served aboard rafts at Lake Pandin in San Pablo, Laguna.

The colorful Balingasay River is one of the cleanest in the country and has won several environmental awards.

Other Destinations in Bolinao

If Leo’s group had more time they would have visited the two Bolinao Falls – small but wide waterfalls with turquoise-colored catch basins located adjacent to each other – and Tara Falls. Bolinao Falls is a good 20 kilometers away from the town proper and anywhere from 12 to 16 kilometers away from SCL Garden Resort; the road going there is still unpaved in some parts.

Besides Enchanted Cave, Bolinao has two other underground caves: Wonderful Cave and Cindy’s Cave. Both are similar in nature to Enchanted Cave with beautiful coral rock formations and a pool fed by underground springs.

Visitors can also explore the town proper of Bolinao. The St. James the Greatest Parish Church located near the town hall of Bolinao is made up of black coral stones and is more than 400 years old. Relive the town’s history by visiting the Bolinao Museum which showcases artifacts dating back to pre-Hispanic times.

Fond of marine life? Head up to Santiago Island and Silaqui Island and see the Giant Clam Ocean Nursery and Marine Protected Areas. Snorkel and dive to observe the rich marine life in both islands.

By Public Transpo. Victory Liner has several scheduled trips for Bolinao from its terminal in Cubao beginning as early as 2AM. Travel time usually takes 6-7 hours with stopovers in Tarlac and Alaminos. Five Star buses also make this trip. At Bolinao you may take a tricycle to take you to any of the resorts at Ilog Malino or Patar Beach or to the town center. You can also ask the trikes to take you on day tours with a standard rate of P1,200.

By Private Vehicle. This is not a problem nowadays with apps like Waize. From Metro Manila, the most preferred route is to take the North Luzon Expressway (NLEX) – Subic-Clark-Tarlac Expressway (SCTEX) – Tarlac–Pangasinan–La Union Expressway (TPLEX) route and to exit at Paniqui, Tarlac. From Paniqui proper, take the road to Camiling. At Camiling town proper take the Romulo Highway/Tarlac-Pangasinan Road all the way to Alaminos, then finally to Bolinao. Total driving distance starting from the Balintawak NLEX ramp is around 275 km.