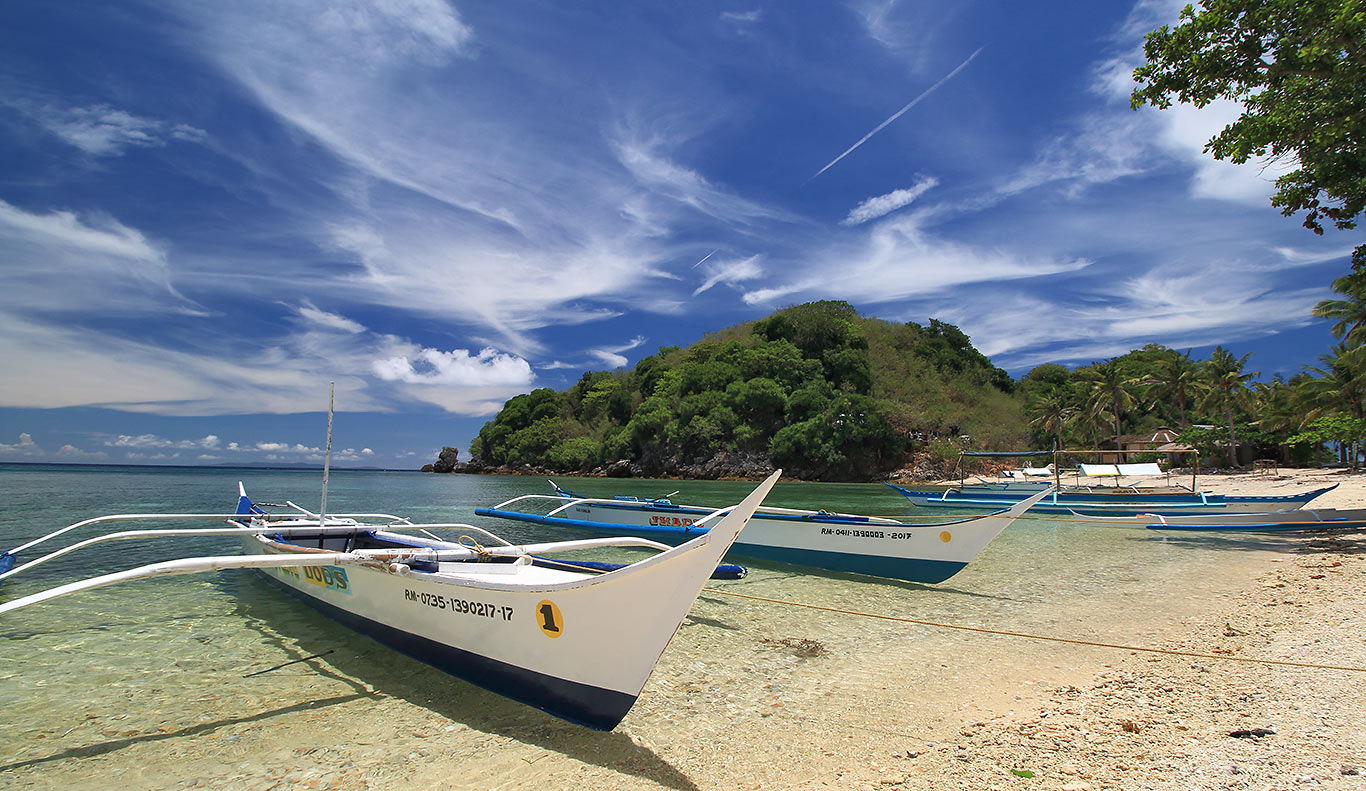 It was one of those things we had dreaded on a long trip and it happened on the morning we were set to go on an island-hopping tour at Romblon Island. Leo felt a stabbing pain on his lower back on our way out of the Parc Bay Mansion. Fortunately though it wasn’t as bad as we first thought and he was able to manage his condition as we boarded our boat towards the group of three islands lying off the western coast of Romblon Island. And fortunately so because it was a beautiful, sunny day.

Our first island was the farthest from the port at Romblon town and it took us about 45 minutes to get there. Located well to the northeast of Romblon Island, Cobrador Island happens to be the primary source of black marble in Romblon and is sometimes called by its local name: Naguso Island.

Almost half of the way going to Cobrador was over open sea and the waves were pretty strong even during this summer day. The waves weren’t too worrisome however, and our boat soon docked on the western shores of the island, at Sitio Cabugaan.

This side of the island has a wide expanse of beach with fine white sand and crushed white corals. Newly painted fishing boats were scattered along its length; there is a sizable community located right along the beach. The beach, however, is kept immaculately clean and the waters offshore are sparklingly crystal-clear. Unable to resist the sight of the glassy waters, we were soon taking a dip at the beach and its gradually sloping sea bed.

An array of corals may be found several meters offshore. However, instead of spending time snorkeling here, we heeded the advice of people back in Romblon town and headed for a destination called Tinagong Dagat (hidden sea in English) at the northern tip of the island. We were told – and later confirmed it from a picture we saw on a news website – that this is a pool of water with a maximum depth of 2 meters, concealed by a wall of surrounding rock formations. Unfortunately the boat ride to the northern shores of Cobrador was about the roughest and scariest we’ve had in recent memory. Our boatmen told us that with waves that rough, it was practically impossible to land on shore to trek the short distance to Tinagong Dagat.

We instead decided to round the tip of Cobrador Island and head towards our second island destination.

Located south of Cobrador Island and much closer to the port at Romblon town, Alad Island is another inhabited island which has managed to retain the pristine charm of its beaches. Arriving here just before lunch, our boat docked at one of the white sand beaches on the western part of the island where we could rent a hut and had lunch prepared for us.

Our boatmen told us that snorkeling on the beach where we landed is excellent, but having just eaten lunch, we decided to just rest for a while and enjoy the surrounding scenery. We later discovered that the western coast where we landed is home to a variety of soft corals and colorful sponges. On the east coast, the biodiversity is excellent with its magnificent array of corals and other marine life in marine sanctuaries.

Wandering a little from our beach to the southwestern part of the island, we discovered a small opening among the rocks at the southern section of the beach that led to another beautiful beach where the barangay hall and more residential homes are located.

We left Alad Island not too long after for our last island destination: Logbon Island. Unfortunately we did not realize that there is a sandbar and a beautiful adjoining white sand beach in the southeastern part of Alad not that far from where we docked. In retrospect we should have gone there instead of our fruitless foray into Tinagong Dagat. But there’s always an excitement in not exactly knowing what lies ahead in your journey and finding things out for yourself. 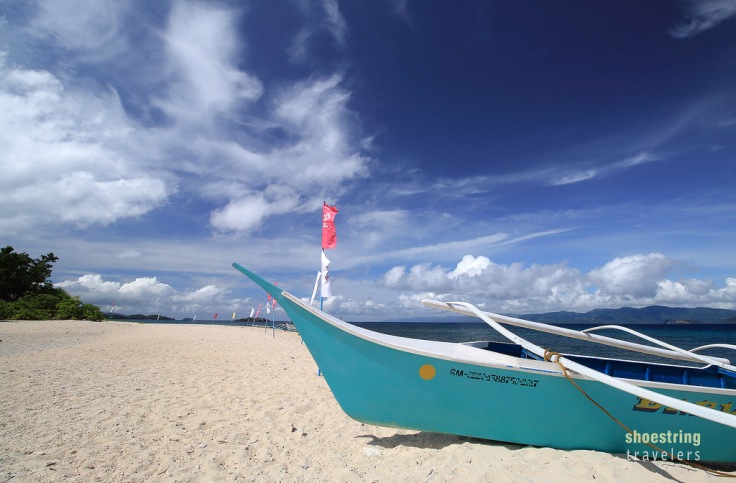 The islands of Cobrador and Alad may be reached through a day-long island-hopping tour from Romblon town that also includes Logbon Island. Resorts usually help their guests to get a boat or you may simply go to a wharf in the port area for tour boats. Prices vary but a full-day island-hopping tour to Cobrador, Alad and Logbon Islands can cost P1,500 for 2 people (a small boat) and P2,700-3,000 for 4 to 5 individuals.

See more pictures of Cobrador and Alad Islands in our Flickr album.

3 thoughts on “Cobrador and Alad Islands: Hopping Around Romblon”