Mention the name Romblon and the first thing that comes into a Filipino’s mind is marble. Blessed with an abundant supply of the prized rock, the province of Romblon is rightly known as the Marble Capital of the Philippines. But upon visiting Romblon Island, one of the three major islands that make up the province (Sibuyan and Tablas being the other two), we encountered an abundance of relatively unheard-of attractions. And we had merely scratched the surface of the province’s tourism potential.

We’ve already featured the beautiful and still-pristine white sand beaches and small islands here. Our base for exploring all three major beaches and three islands off the western coast of the island is Romblon town – the capital of the whole province. It might not have an airport but a port located at the heart of the town caters to inter-island ferries from Batangas, Odiongan and other ports in the region. It also helps when many of the hotels are within walking distance from the port. 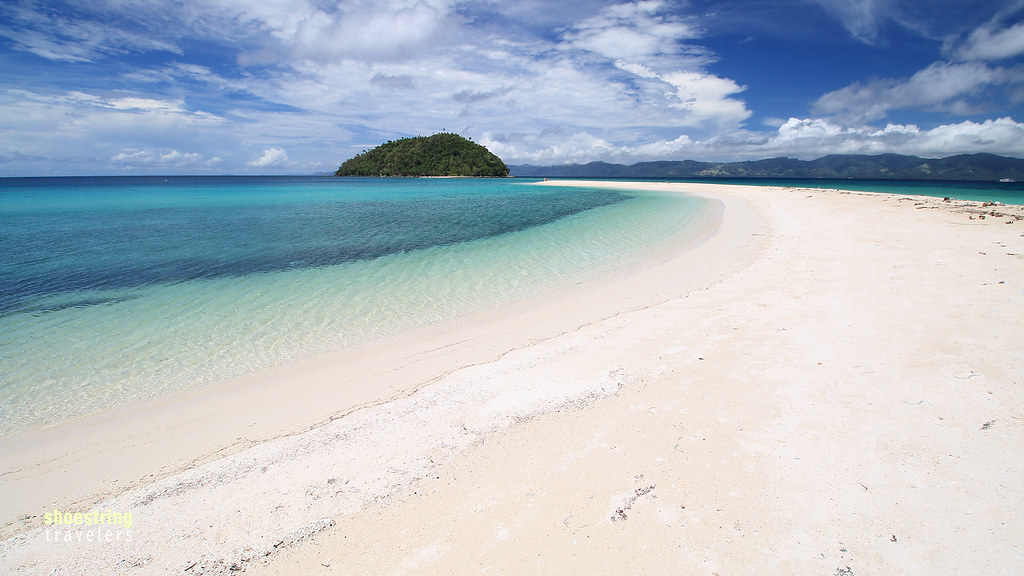 The more popular beaches are located close to town. Bonbon Beach is only 5 kilometers away with Tiamban and Margie’s Beach almost walking distance from Bonbon. A trike from the center of town can take you to Tiamban Beach in 20 minutes for P100 one-way (good for 2-3 people). The farthest of the 4 main beaches, Talipasak Beach, is 13 kilometers or 30-45 minutes by trike from Romblon town proper. A trike from downtown for 2-3 people costs P200, one-way to get there. After visiting scores of beaches in the country we’ve never encountered a bunch of them so close to our chosen place of stay. 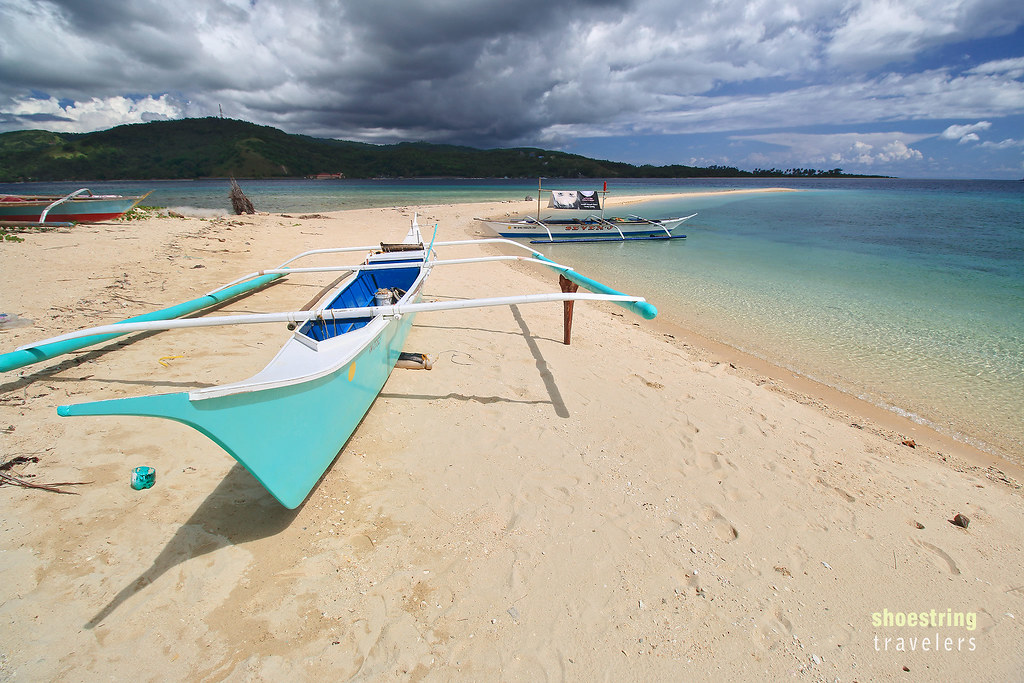 Island-hopping? You can find several boats at Romblon’s port that will take you to Logbon, Alad and Cobrador Islands just off the western coast of Romblon Island. A full-day island-hopping tour to these islands costs P1,500 for 2 people and P2,700-3,000 for 4.

Besides being a base for travel to the island’s beaches and to other smaller islands in the area, Romblon town also has its share of attractions. Fuerza de San Andres (Fort San Andres) is located on a hill 156 feet above sea level and overlooking the town. Built in the 17th century to guard against Moro raiders and Dutch pirates, it may be reached by walking the 200 steps to the top. Unfortunately Leo hurt his lower back on the morning of our island-hopping trip and though we pushed through with our island exploration he had to inhibit himself from scaling the fort. This fort actually has a twin – Fuerza de Santiago – but the latter is in ruins and covered for the most part by vegetation.

An old building adjacent to the San Jose Cathedral

Near the plaza is the baroque-inspired San Jose (St. Joseph’s) Cathedral, a 16th century building built using limestone and brick. Easily visible are the beautiful stained glass windows of the façade and a bell fry separated from the main church building (a common precaution against strong earthquakes).  It was declared a “National Cultural Treasure” in 2001.

The harbor area is located very close to the town center – a locale where we often strolled during late afternoons after arriving back in town following our beach and island-hopping forays. It’s a surprisingly peaceful place provided there are no arriving big ferries and an excellent place to observe sunsets.

We couldn’t leave Romblon without a visit to the Romblon Shopping Center (also located close to the harbor and town plaza) and its glistening array of marble shops. Here you can find a plethora of marble products ranging from key chains to huge vases and marble tables in various natural colors. Especially interesting are products made from the rare Romblon Black marble or black onyx. We eventually got a mix of small sculptured items and marble mortar and pestles (one of the sets were for Leo’s mom) – all at a fraction of what they would have cost back in Metro Manila. Romblon’s marble is particularly tough and hard to break, giving it an excellent reputation.

Tired from a day of adventure at the beach? Romblon has a variety of dining options ranging from hole-in-the-wall, turo-turo types to foreign-owned fancy dining restaurants. If you’re looking for affordable local dishes or just want to try out local fare, the public market is an excellent option. There are also good dining places near the town plaza (one of them is a turo-turo style resto near the port; we failed to note down the name but was it called Mama’s Plate?).

Island Bistro is a restaurant near the shopping center with very friendly staff serving pretty good Filipino and American dishes for P120-190. Romblon Deli is only slightly more upscale in terms of price range at P130-230 for most dishes. Serving Filipino and international dishes they open early at 7AM, making them a good breakfast option.

We were surprised that there are a few international restaurants at such a backwater place like Romblon. JD & G Italian Foods and Pizza is a restaurant owned and operated by an Italian with his Filipina wife. Dishes are further up the price scale at P200-250 but the servings are on the generous side and are still well below what they would cost in Manila. The dishes are authentic Italian although the owners have tried to cater to local palates by including rice with some of the dishes. Japanese-owned Restaurant Fuji, on the other hand, serves a variety of Japanese and Korean dishes in the P150-160 range.

Getting There, Staying There and Getting Around

There are no airports in Romblon. The nearest one is in Alcantara, Tablas Island which is serviced by Cebu Pacific and Philippine Airlines (each carrier has one flight a few days each week). From there one has to go to San Agustin port, 30+ kilometers away in the northern part of the island, then catch a ferry (Montenegro Lines) from there to Romblon town.

We weren’t exactly sure how to get to San Agustin from Alcantara, although we know there has to be a way. We however opted to just take a bus to Batangas City port (it is also possible to drive to Batangas and park your car inside the port area where they have pay parking). From Batangas port we took a 2Go ferry to Romblon town. It’s just an overnight, 8-hour ride where you can sleep through the ride and wake up just before the boat arrives 6AM in Romblon port. 2Go ferries leave Batangas every Tuesday and Friday at 10PM. The ferries return to Manila every Wednesday (9PM) and Saturday (10PM). Montenegro lines and MV Navios also operate ferries along the same route.

The usual mode of transport to get around Romblon town and to the nearby beaches is by tricycle. Romblon town is relatively small, however, and we arrived at many of the destinations in the town center on foot.

Because the more popular beaches are within easy reach of the town, it is best to just book a hotel or resort there like we did (at Parc Bay Mansion near the harbor). Should you want a more serene beach setting there are resorts at Talipasak Beach and Tiamban Beach (non-AC rooms for both right now).