It was our worst fears come to life. Roads leading north from Metro Manila stained red on Waze. Wild rantings on social media lamenting the standstill traffic on Baguio City’s roads. Resorts and accommodations in La Union and Baguio fully booked. With the ASEAN (Association of Southeast Asian Nations) Summit making travel up north a major headache – and with friends in tow eager to leave the city – we decided it was time to head south.

We’ve already been to Cagbalete Island twice during the last 4 years but we didn’t think twice about heading back. We were looking forward to enjoying a sun-filled day at the beach, dining on fresh sea food, mingling with the locals and watching colorful sunsets.

The drive south to Quezon province wasn’t bad at all but upon reaching the boundary of Mauban town from where we would take the ferry to Cagbalete, cloudy skies and a resulting heavy downpour made our hearts sink. There goes that sun-filled day at the beach, or so we thought.

Grabbing a simple but amazingly delicious lunch at a marketplace eatery in town, we were on the ferry by 3 PM and had landed at the pantalan or port of Cagbalete just before 4:30. It was immediately apparent that a lot of things have changed on the island since August of last year when we last visited. Rose Coliao, our regular host, mentioned that there are now more than 20 resorts on the island, up from the six resorts of five years ago. We also had to ride her boat to Doña Choleng Camping Resort; we used to take the resort’s cab to get there but a resort construction nearby somehow altered the flow of a nearby stream and flooded the road to Doña Choleng.

It rained hard that night and we thought we would have to scrap our island boat tour the following day. But despite the cloudy skies the rains stopped the following morning and our tour was on. Riding Rose’s boat to Yang-In Sandbar – now our favorite attraction at Cagbalete – we realized we had company. There were 7 other boatloads of visitors that had beaten us to Yang-In. During our two previous visits here we had the sprawling sandbar all to ourselves.

Notwithstanding the increased popularity of Cagbalete, the sandbar has remained pristine. The fine white sand, delicate sand ripples and crystal-clear waters were proof enough. Solitary migratory egrets, terns and sand pipers frolicked at the mangrove area inland, scampering away whenever we got too close.

There were new things to experience too. A snorkeling spot a few hundred meters from the port was the next stopover of our island tour. There were the customary corals and colorful reef fish but what struck us most was our boatman who showed off how to handle an intimidating-looking long-spined or black sea urchin.

Lunch after our boat tour was at Rose’s hut near the pantalan. While chilling at the hut right after lunch, we noticed some fishermen gliding in with boats laden with the day’s catch. Rose got some freshly-caught grouper (local lapu-lapu) for us. We were also intrigued by the squid that the fishermen brought with them and selected a couple for dinner.

We spent the rest of the afternoon resting at our resort, chatting, sipping coffee and enjoying a board game. The cloudy skies may have actually helped. Electricity on the island is still rationed – one of the few things here that have not changed – and only comes on at 6 PM until 6 AM the following morning. Air conditioning was out but the cloud cover and gentle sea breeze served to cool us down until it was almost sundown.

And then came the sunset we had been waiting for… 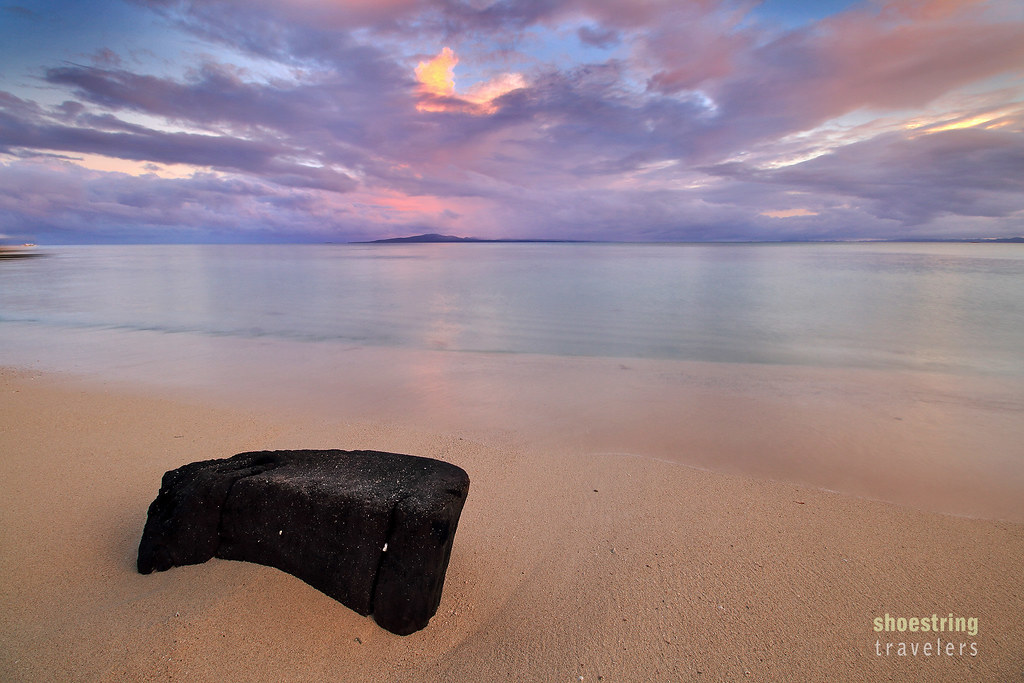 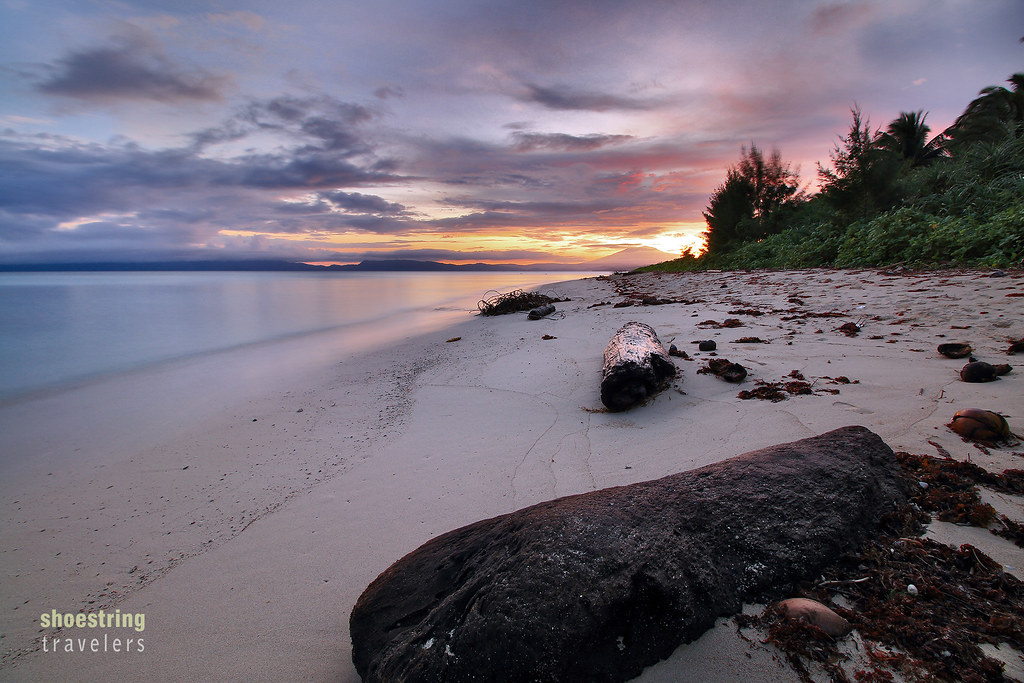 Getting There, Going Around

Cagbalete is reachable via a 45 minute to 1-hour ferry ride from the port at Mauban town. There are three trips each day (during summer more boat trips are added to accommodate the increased number of visitors); the boats leave for Cagbalete at 10 AM and 3:30 PM. Return trips to Mauban from Cagbalete are at 7:30 PM and 1PM daily.  There is an environmental fee of P50 for visitors while the boat fare is P70.

There are now several overnight parking areas near the port area where you can leave your vehicle if you are driving to Mauban. The parking fees are usually in the region of P150 per day. If you’re commuting you can take a Mauban-bound bus (JAC Liner) at the Kamias terminal in Cubao or at the Buendia terminal in Pasay (each has 2 morning trips). Travel time is roughly 5 hours. If you miss these trips you can ride any bus going to Lucena then ride a bus or van at the Lucena Grand Terminal to Mauban. Upon arrival at the bus terminal in Mauban take a trike to the port or pantalan.

There are now many resorts to choose from. As in our last visit, we chose Doña Choleng Camping Resort where accommodations range from tents to air-conditioned rooms good for 4-5 people. They also have several cottages (fan) that can accommodate big groups.

It’s best to contact Rose Coliao, as we have done in previous visits here. Rose can arrange for your accommodations and prepare food. Many of the resorts usually prepare meals for their guests but only during peak season. In all our visits – which were during the lean months – we had to request Rose to prepare our meals. Rose also has boats available for island tours. You can reach her at 0910-4518108.

6 thoughts on “A Cloudy Day at the Beach: Return to Cagbalete”