Back in the 1960’s it was a popular place to cool down during the summer. It even figured prominently in a popular folk song back then: Tayo na sa Antipolo (literally “Let’s go to Antipolo”). Sadly, it was also in the 1960’s that the waters of Hinulugang Taktak slowly began to be polluted. Urbanization of Antipolo, Rizal, where Hinulugang Taktak resides, had a lot to do with this. As houses and other structures were built along the waterways feeding into the falls, garbage and sewage came along with them. 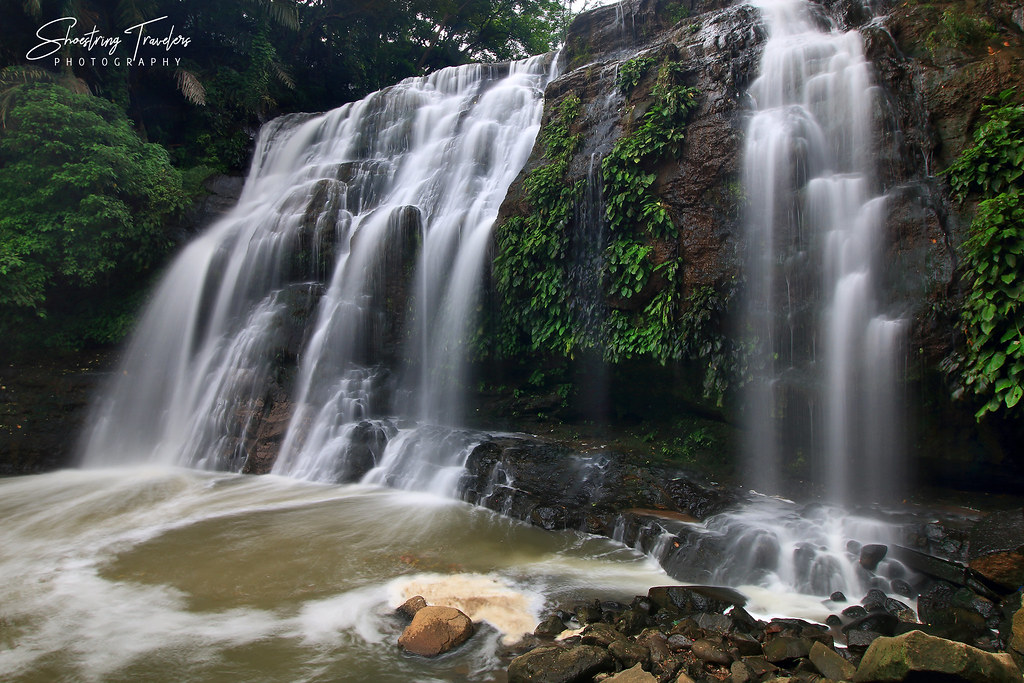 By the 1990’s this became so bad that the government designated the waterfall and its surrounding area a national park to prevent further degradation. The local government also began efforts to rehabilitate the poor falls. It has been a slow and tedious process and the waters in and around the falls are still unsafe for swimming but there has been progress.

A few days ago, after getting rebuffed in our attempts to visit the Dinagat Islands in Mindanao and Dingalan in Aurora due to the southwest monsoon and a sudden outbreak of the flu, we decided to head again to Antipolo. We’ve previously visited the Pinto Art Museum nearby and had actually included Hinulugang Taktak in our itinerary but the rains were just too heavy at the time. 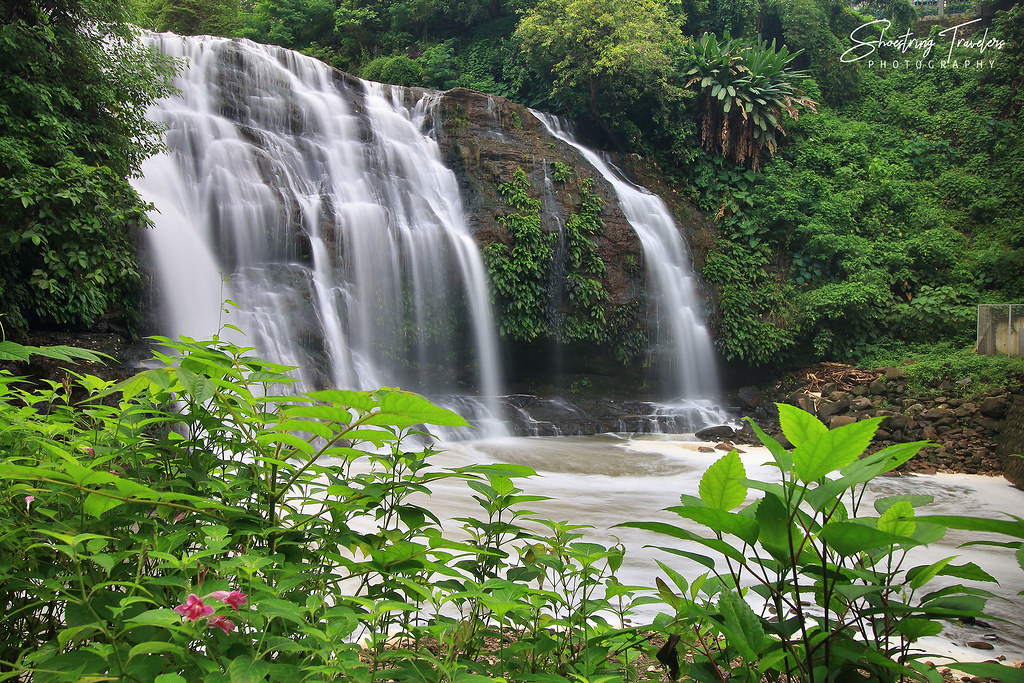 Traffic was light and easy that Thursday morning and there weren’t too many visitors at the 3.2 hectare park. There are several flights of stairs we had to negotiate to get down to the level of the falls but they are all concreted – same for the large viewing area. There are plenty of trees within the large open areas of the park so it was obvious the local government is really determined to rehab and protect the place. They also built an elevator to enable seniors and PWDs to make it to the viewing area without having to climb up and down the stairs.

There’s a large swimming pool inside the park. Leo remembers that back in the 1970’s they went swimming at a large pool and not in the waterfalls. Could this still be the same pool? 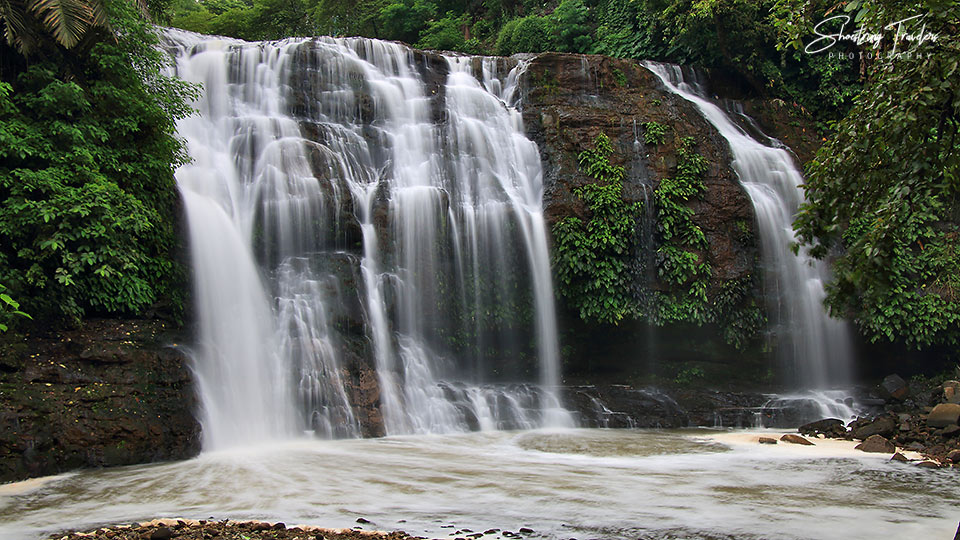 Foam (soap suds?) at the foot of the falls

We’ve seen images of Hinulugang Taktak in previous years with all the garbage and the heavy foam at the catch basin that runs down to the creek. This time we could still see a small amount of thrash at the catch basin but caretakers at the park were cleaning them up. There is still some foam – we guess there’s not much anyone can do to completely prevent residents from throwing their wastes into the river upstream – but it wasn’t as heavy as in the photos from years past. 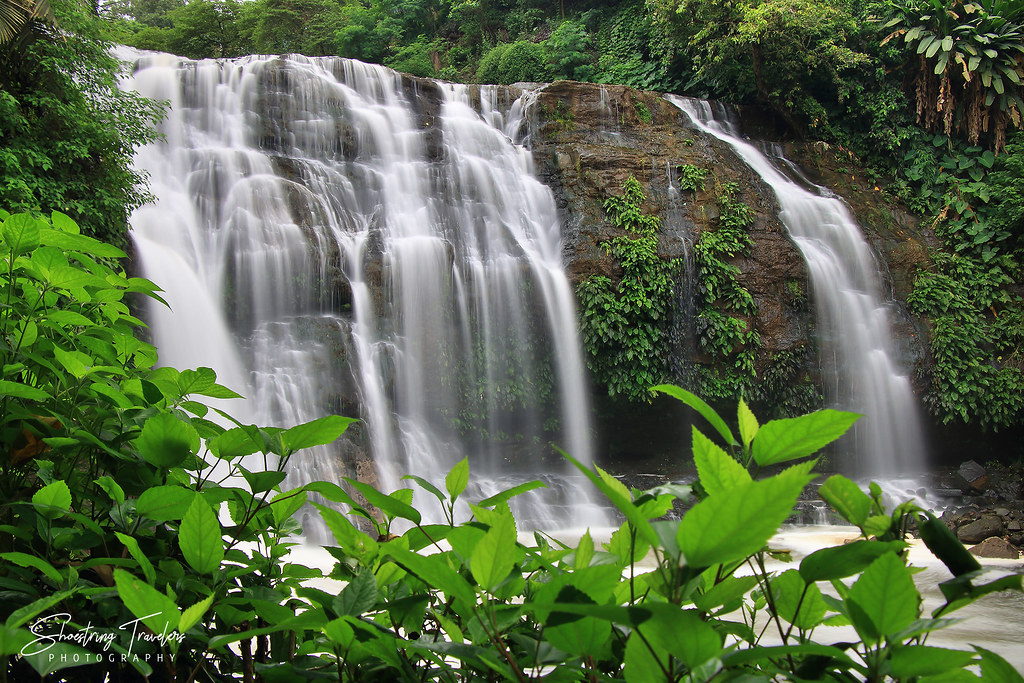 Actually if you don’t look at the catch basin, ignore the faint stink that still comes from the falls and just focus on the big picture, the 70 ft. by 80 ft. Hinulugang Taktak looks pretty impressive. From what we’ve seen we can say that there’s hope to completely rehab Hinulugang Taktak. And, probably as a sign of the falls’ improving health, the number of visitors have really picked up during the past 3 years.

Hinulugang Taktak is surrounded by densely populated urban areas. There is actually a Robinson’s Mall almost walking distance away – quite inviting for our hungry stomachs. For lunch however, we ended up at Tipulo Modern Filipino Cuisine inside the First Pacific Leadership Academy grounds along Sumulong Highway. 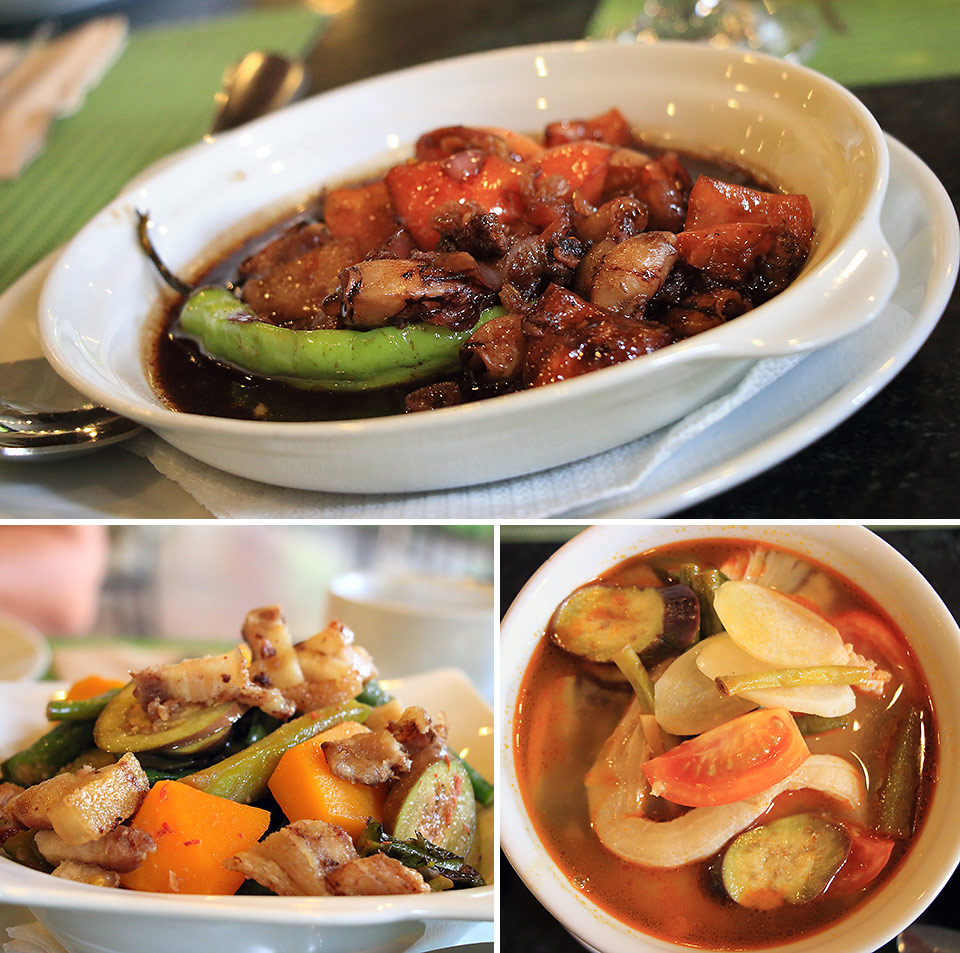 Tipulo has a cozy setting, surrounded by trees and plenty of vegetation. It’s also open air which was a perfect match for the cool and cloudy weather (Antipolo is located in the hills east of Metro Manila which lessens the effect of heat during sunny days). Besides the nice ambiance the food here is also excellent. We enjoyed it so much that we cancelled plans to have coffee elsewhere and had coffee and local dessert at Tipulo instead. It may not have been as exciting as our cancelled trips to Dinagat and Dingalan but this short trip was a restful and cozy one indeed.