As our boat made its way down the jade green waterway, we caught glimpses of the way of life in the quiet countryside. Here and there, locals were at work at their backyards along the riverbank. Youngsters were paddling around in small bancas while children and teenage boys jumped from tree branches to swim in the waters below. 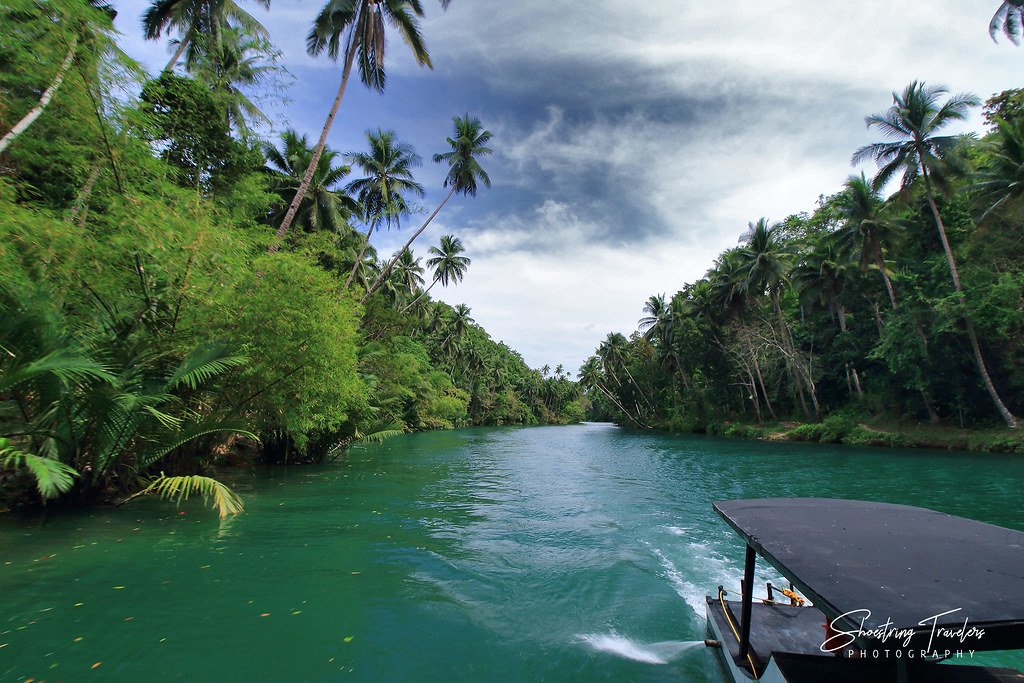 The cruise down the Loboc River is one of the more popular tourism activities in Bohol so it was guaranteed that we would be sharing it with a lot of other people. Sure enough when we arrived at Loboc town and checked in at the kiosk for the cruise we could see quite a number of visitors queuing up for the trip. Richard our driver-guide timed our arrival here to coincide with the lunch hour and as soon as we boarded our boat we headed straight for the lunch buffet.

Dining aboard our tour boat

Several online reviews weren’t too kind with the quality of food served aboard the boats/floating restaurants here so we were delightfully surprised when ours turned out to be quite delicious. They even had a good number of vegan/vegetarian options (we’re now on a whole foods, plant-based diet).

The boat was spacious and we were soon dining comfortably on tables and chairs as our boat revved up its engines and made its way up the Loboc River. Locals at work or play along the riverbanks smiled and waved at us. Teenage boys showed off their Tarzan-like skills as they swung on vines or ropes to splash down into the jade green waters below. One show-off even got playfully close – too close – to our boat, practically kissing the people lined up on the boat’s starboard side. Dangerous for him but pretty impressive. (see video below)

Despite the presence of man-made structures along the Loboc riverbank, large sections of the river’s edges were swathed in dense jungle foliage with towering coconut palms sprinkled among them. The farthest point of the cruise is a group of mini-cascades called Busay Falls. Bohol has several much larger, more exquisite-looking falls than this one but this waterfall serves as the terminus of the cruise. After spending some time in the area for the obligatory photo shoot our boat swung around for the ride back.

The Busay Falls mark the farthest point of the cruise

During the whole tour a father-and-daughter team was serenading us with a wide range of songs from The Stylistics’ Betcha By Golly Wow to Dolores O’Riordan and The Cranberries’ Linger. And to further highlight the Boholano’s love for music – and dance – our group was treated to a special dance and music cultural presentation by locals aboard a floating hut. (A side note: The Loboc Children’s Choir from this town had been performing internationally and won both the top prize in the Youth category and the Grand Prize during the 6th International Folksongs Festival “Europe and its Songs” held in Barcelona in 2003.)

River cruise over, we hopped aboard our waiting car for the drive back to Alburquerque, Baclayon and the historic churches. We had wanted to visit the San Pedro church at Loboc – situated just across the river from where our tour boat had docked but realized it was still under repair from the massive damage it sustained from the 2013 earthquake. We also missed exploring the (in)famous uncompleted bridge spanning the same river which was just beside the docking area for the cruise boats. And to think our boat had passed under this bridge during the tour. 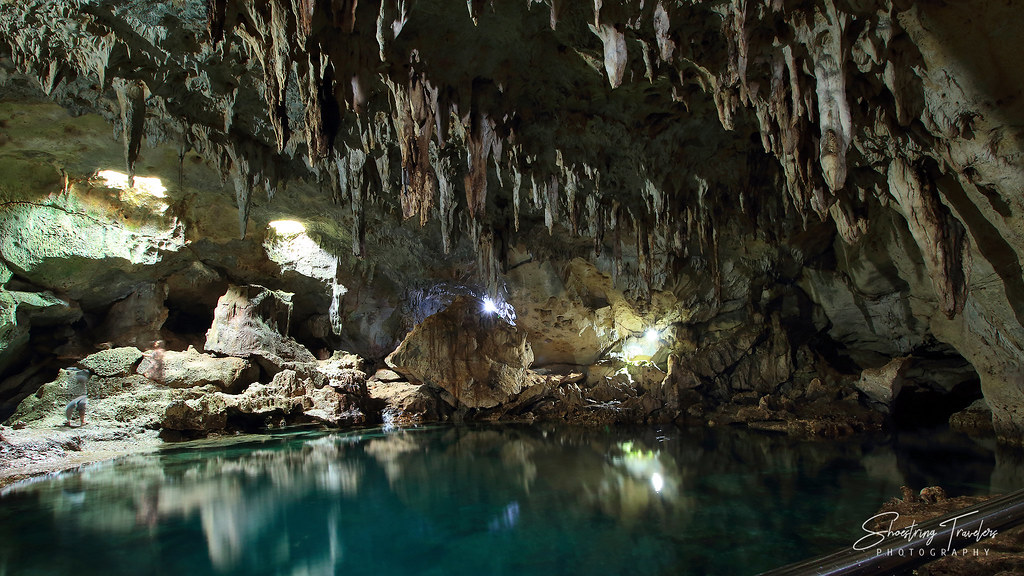 The drive to the churches and the Blood Compact site in Baclayon, Arburqueque and Tagbiliran left us with just enough time for one more destination. Usually the butterfly sanctuary and/or the Sevilla Hanging Bridge would have been part of the tour package but we arranged with our driver-tour guide to forego that and headed instead for the Hinagdanan Cave in Dauis, Panglao Island.

Panglao Island is connected to the Bohol mainland by two bridges/causeways. Crossing over from Tagbilaran in the main land (or main island) we arrived at the town center of Dauis on the other side. From there it was a short drive to the Hinagdanan Cave, so-named because a farmer while clearing the land discovered two holes on the ground that led to the cave. He then built a ladder to access it (hinagdanan means “laddered” in the local dialect).

The descent into Hinagdanan is now much easier thanks to concreted steps, although we had to be careful with our steps due to the slippery surfaces. Beautiful stalactites and stalagmites as well as a crystal-clear green pool with a depth of 10-12 feet greeted us as we slowly made our way inside.

The cave was surprisingly well-lit and we thought for a while that the locals had supplied Hinagdanan with lights for better viewing. However, we soon realized that the lighting is all natural. There are some holes high up along the cave’s ceiling that lets sunlight in. The light then bounces off the rugged rock/crystal formations to create interesting lighting effects. 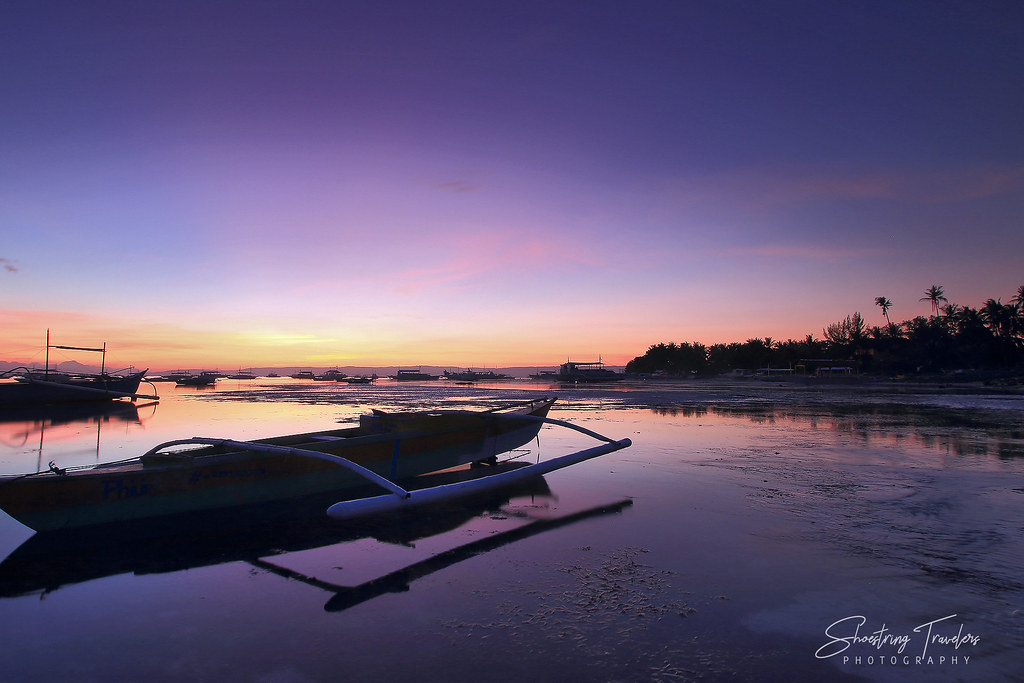 Our whole day tour of Bohol over, we headed back to our temporary home in Danao Beach, Panglao Island and began to look ahead to our island-hopping adventure in the southwestern part of Bohol the next day. Although tour operators and visitors cram as much of Bohol’s destinations as they can into only a day or two, there is just too much to see and do in this island province. There are more destinations in the northern and eastern parts of the island – in towns like Jagna, Candijay and Anda – that are only starting to get uncovered. And we missed those waterfalls… We’ll definitely have to return to this province sometime. Soon.

How to Go On a Bohol Countryside Tour

A Countryside Tour of Bohol may usually be arranged with your resort as ours was. We also noticed locals at the airport arrival area offering this tour to newly arrived guests. Finally a countryside tour may be arranged online with tour operators.

This list varies from one operator to another but with minor differences. We decided to swap the butterfly sanctuary and the Hanging Bridge for the Hinagdanan Cave in Dauis. Operators will charge P2,500 to P3,000 for this tour. This amount only covers the vehicle (car or van) and driver and not the entrance fees of the destinations and lunch at the Loboc River Cruise.

Here’s a breakdown of the entrance fees: