As stunningly beautiful as Halea Nature Park is, it wasn’t the only remarkable natural feature in Monreal on the island of Ticao. Lying to the southwest is a small island featuring a collection of slab-like boulders looking like stack of books tilting to one side and a waterfall cascading down a rugged cliff into the deep blue sea below. 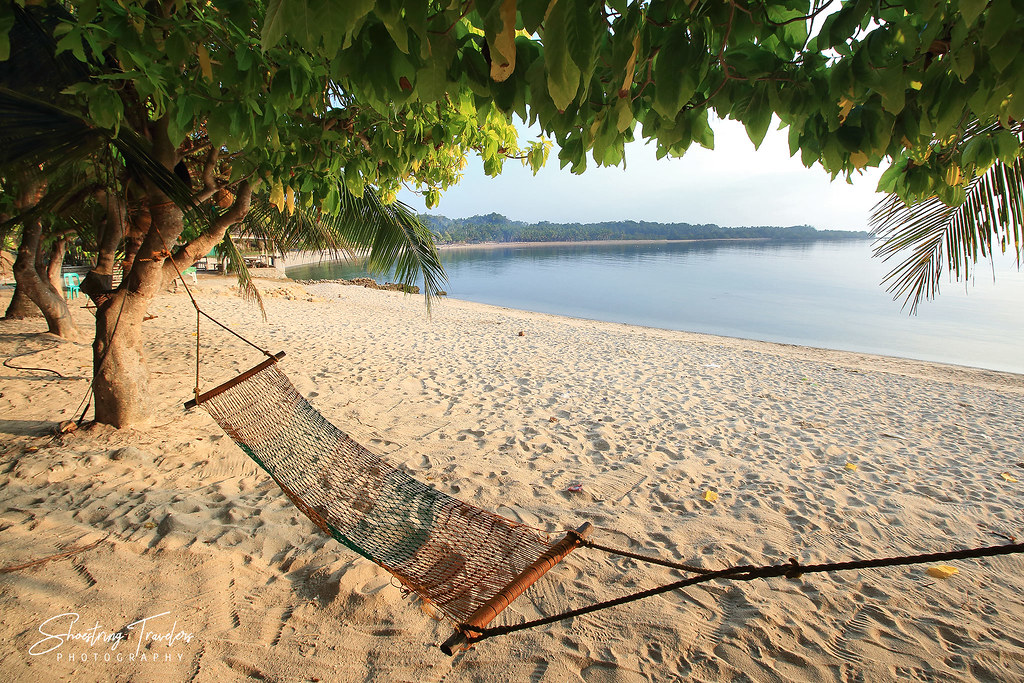 Our Base: Coolis Beach Resort at San Fernando

After rounding the southern end of Ticao Island from our base at San Fernando town, our tour boat stopped briefly at Buntod Reef and continued north. After less than an hour, our next destination came into view.

Catandayagan Falls is probably the most extraordinary feature of our island-hopping tour of Ticao Island. Located within the boundaries of San Jacinto town, the 100-foot waterfall plunges down a vertical rock cliff straight into the blue-green waters of the Masbate Pass below. Our boat docked right in front of the falls and soon people from our group jumped into the deep water, with one even climbing a few feet up the face of the cliff.

Because we visited in the middle of the dry season, the water flow was relatively modest. A month or so from now, Catandayagan would surely look much more impressive. However, there was still a good amount of water crashing down on people from our boat who had swam right into the foot of the falls – a welcome relief on this hot and humid mid-morning.

A trickle for now: this waterfall would look more impressive during the rainy season.

We allowed ourselves several minutes to enjoy Catandayagan’s natural beauty before moving on to our next destination which was easily visible in the horizon: Monreal’s Burobangkaso Island.

As our boat approached the island, the first thing that struck us about Burobangkaso was its crystal-clear turquoise waters, with corals easily visible beneath the water surface. This island, however, has become famous for its uniquely shaped and arranged boulders, the likes of which we’ve never seen elsewhere in the Philippines. 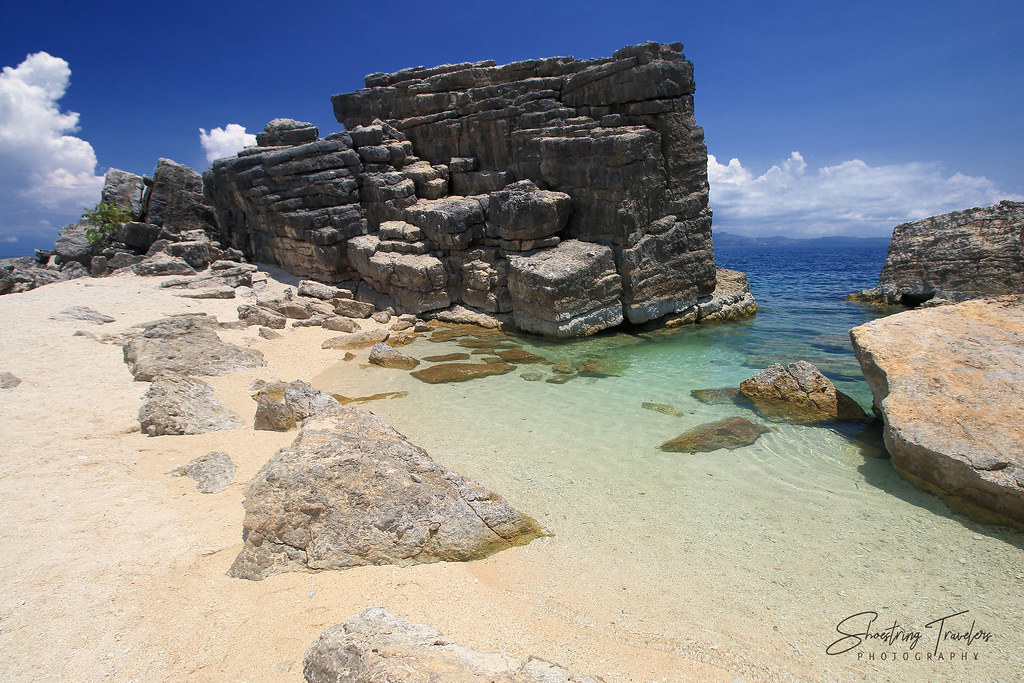 The stack of rectangular boulders at Burobangkaso Island

No one in our group is a geologist but we’re sure there has to be an explanation for the way these slab-like rocks were formed and arranged neatly like a stack of books. There are, after all, other similar, and sometimes even more startling, phenomena elsewhere on the planet. But Burobangkaso’s rocks are a unique curiosity in this country. 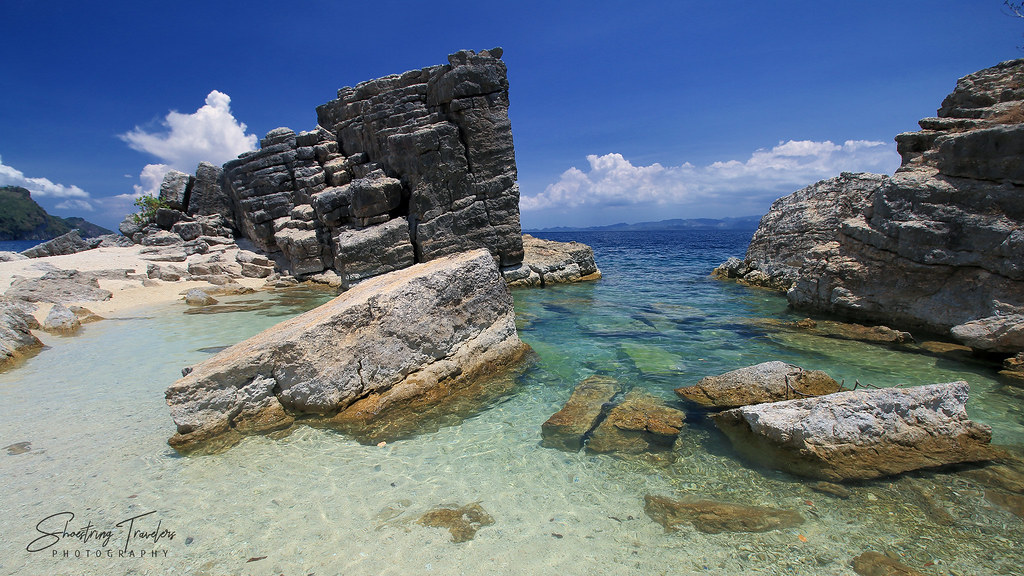 The tilting rock cluster at Burobangkaso

One will also observe right away that the stack of rocks seem to be tilting dangerously to one side. Venturing to the end of the rock cluster we found out that a few of them had completely toppled over. People are now cautioned not to climb all the way to the top of the mass of rocks to avoid adding weight.

As in other islands here in Masbate, the waters at Burobangkaso are teeming with marine life. After taking lunch at our boat we simply jumped over the side to cool down and enjoy the sight of fishes playfully scampering about. Wading over to the waters around the stack of boulder, we found more fishes hiding among the rocks.

In addition to Halea Nature Park, Burobangkaso Island and Catandayagan Falls serve to reinforce our belief that Masbate and, especially Ticao Island, are underrated travel destinations. And we have yet to visit the islands and beaches of Cagpating, Puro and Mababoy and the streams and waterfalls of towns in the interior. The province has been known in the past for its cattle ranches and rodeos but it turns out that there is so much more to Masbate as we continue to discover.

Burobangkaso Island and Catandayagan Falls may be reached via island-hopping tours from Monreal town or Masbate City. Details here.