Perhaps there’s nothing more frustrating than hiking to a waterfall only to discover that it has completely dried up once you get to the spot. From experience, however, we learned how to adjust quickly and make the most of our circumstances. And that was how we ended up visiting the towns of Amadeo and Silang in Cavite recently.

Leaving the city very early with two of Nina’s high school mates, we arrived before 8 AM just outside Mount Makiling Nature Reserve at Bgy. Lalakay in Los Baños, Laguna. We then hiked to a waterfall we’ve previously visited: Dampalit Falls. We were surprised to discover, however, that this waterfall had all but disappeared. A barangay official we encountered told us that Dampalit used to have quite a voluminous flow years ago. However, once the stream was tapped to supply the surrounding residences, the water volume began to decline steadily until the waterfall would dry up during periods of minimal rainfall.

We had to think quickly and decided to drive back north for the towns of Amadeo and Silang in nearby Cavite province. Amadeo is a quiet town of rolling hills located next to Tagaytay City. A major supplier of coffee beans to Metro Manila’s cafes, it is known as the Coffee Capital of the country. Our first business upon arriving at the town, therefore, was to buy ground coffee – lots of it actually – from Café Amadeo.

Café Amadeo is one of the local coffee shops in town that serves the brew as well as cakes and pastries. It also sells plenty of pasalubong stuff – ground coffee, coffee beans, tea, honey and other delicacies. Amadeo is famous for its pahimis blend, a combination of arabica, excelsa and robusta varieties that are grown in the farms here.

Coffee shopping over we drove for Balite Falls, a waterfall inside a resort just 5.5 kilometers away from Café Amadeo. We’ve visited this waterfall twice before but wanted Nina’s high school mates to see it for themselves. 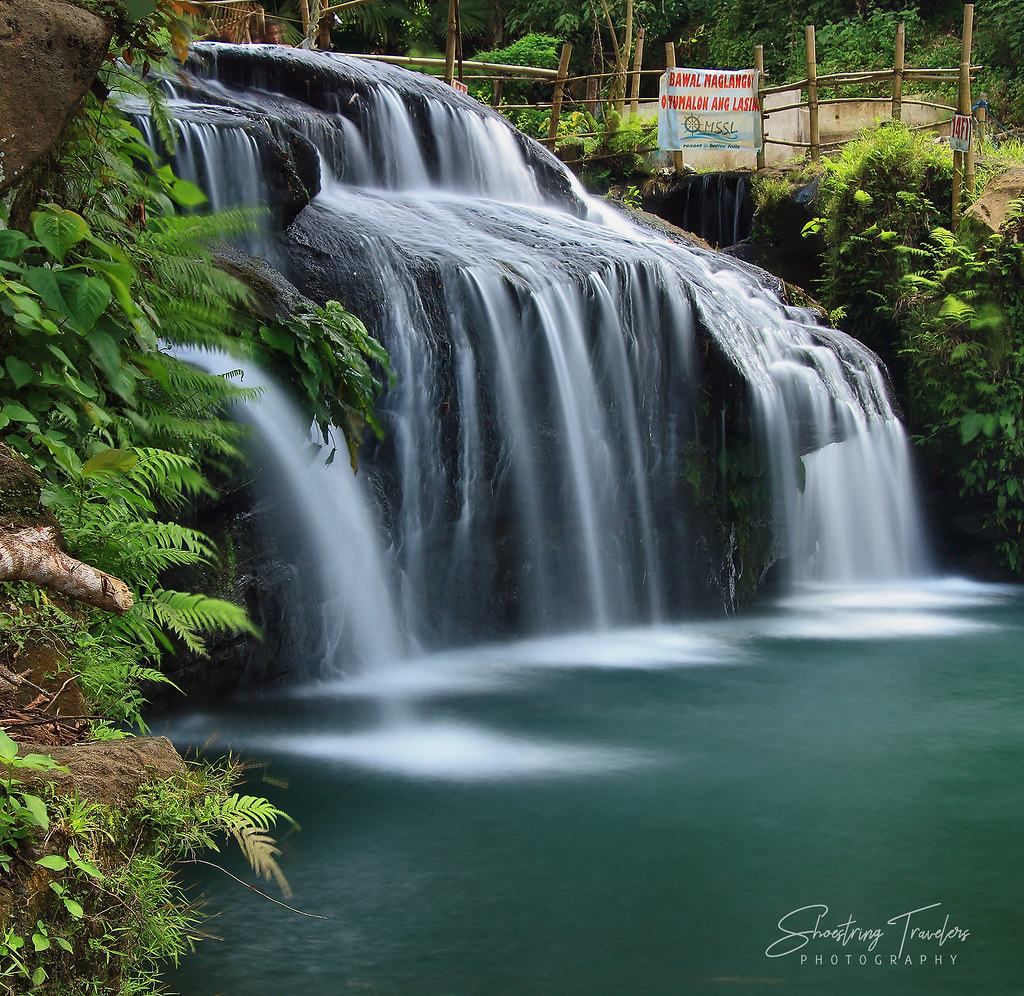 Since we were not taking a swim here we opted not to stay longer than 15 minutes and so avoided having to pay the P100 entrance fee per person. That meant Leo had a small amount of time to take photos. He eventually had to pay off the entrance fee when he went well above the 15-minute limit.

Since Leo had taken photos of this same waterfall before he was able to pick his spots and come up with different point-of-views on this trip. The improved surroundings also allowed him to shoot from spots where it was practically impossible to do so before.

The area around Balite Falls have been improved a good deal since we first visited years ago although the waterfalls (there’s two of them actually) have changed very little in appearance. What we did notice was the smaller volume of the water flow. We found out from the resort owner that there are plans to utilize the stream to supply water for new developmental projects in Amadeo and nearby municipalities. Not again. We’ve already seen the effects of such “development” on Dampalit Falls. The possibility that Balite Falls might disappear is becoming a frightening possibility.

Amadeo is situated adjacent to Tagaytay City so it was a foregone conclusion where we would be having lunch. Leslie’s overlooking Taal Lake and Volcano was a good place for a relaxing meal and a brief rest.

Lunch over we drove north again, this time towards nearby Silang town and the Acienda Designer Outlet. Located along Emilio Aguinaldo Highway and less than 8 kilometers away from Tagaytay Rotonda, Acienda is the country’s first and only pure outlet mall. It opened exactly a year ago as a joint venture between a local developer and a British outlet center operator.

Acienda is supposed to have 100 shops and 25 restaurants but so far only 40-plus outlet shops have currently opened. And despite the Designer Outlet name there are almost no higher end designer brands (not that we care). Most shops carry brand names such as Nike, New Balance, Oakley, Havaianas and Levi’s.

We weren’t that interested in shopping at Acienda on this trip, however. What attracted us to this place was its architecture and Instagrammable-worthy features. This outlet mall occupies 2 hectares of land and has 1400 free parking spaces. The walkways are wide and there’s plenty of open spaces, a feature that reminded us of outlet malls in the U.S.

A 3-story Dutch windmill is the most recognizable architectural feature at Acienda. Small replicas of the Eifel tower and the Leaning Tower of Pisa may also be found here while frescos of European sceneries adorn the facades of shops still closed and under construction.

There’s also a red telephone booth from London – something that would be unfamiliar to millennials (now if only they had added a working rotary phone) – with the figures of Santa and Rudolph on the side.

Driving back to Metro Manila, we decided to skip visiting other spots to beat the rush hour at the nightmarish section of the South Luzon Expressway currently undergoing construction of a new skyway segment. Our two friends though seemed really pleased with our day tour despite the morning hassle, proof that we can still rise above an unexpected impediment to our plans.

One thought on “Amadeo and Silang: An Unforeseen Visit”