The next time we visit Siquijor, we remember thinking 6 years ago, we’d be sure to check out and stay at a beachfront resort in San Juan town.

After touring Dumaguete and its surrounding towns for 2 days and 3 nights on the last week of November it was time to revisit Siquijor with friends who had never been there. The fastcraft from Dumaguete took just about 45 minutes to negotiate the distance to Siquijor port and we were soon on a trike bound for the Palm Village Guesthouse in Barangay Lala-o, San Juan.

In 2013 we had stayed at a resort on Sandugan Beach in Larena town. It was a peaceful place far away from the beach crowd in San Juan where most of the resorts, guesthouses, bars and restaurants in Siquijor are located. But we were intrigued enough by San Juan’s long expanse of white sand beaches and gorgeous sunsets to want to stay there on this trip.

Our resort/guesthouse is situated right on the beach and we spent our first day on Siquijor just chilling there and taking unhurried walks along the beachfront. You couldn’t ask for a more laidback and leisurely pace like we were having this day on this beach.

It was high tide when we arrived here but even then the sea level was shallow several meters out to sea, resulting in gorgeous shades of green and blue. With water that shallow it was almost impossible to have a good swim in front of our resort but we didn’t mind. We simply enjoyed the magnificent views. 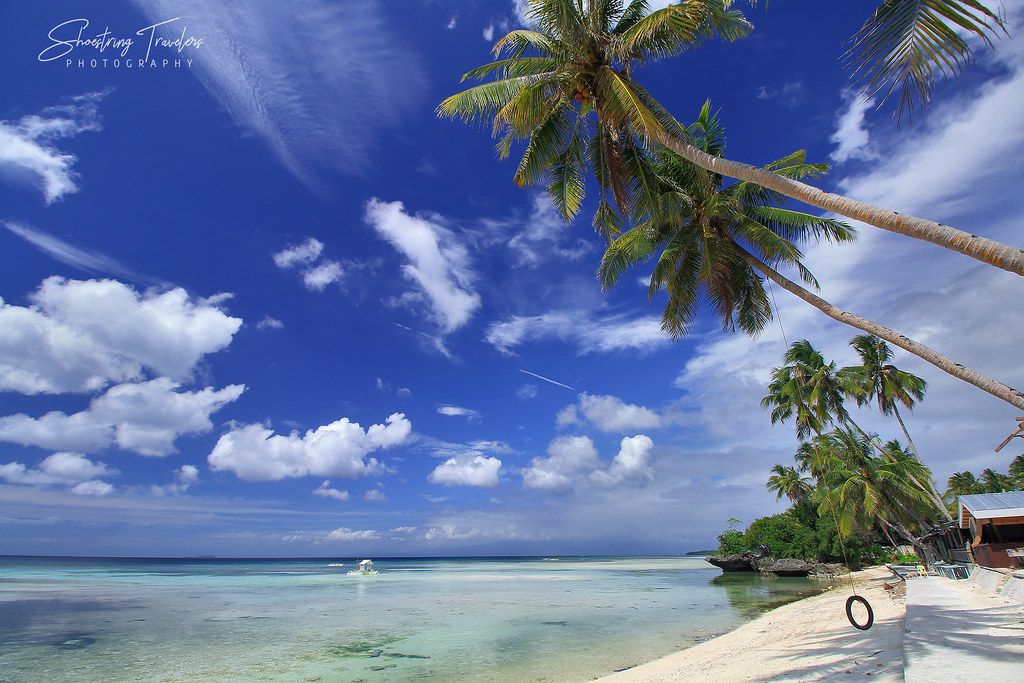 We were soon lulled to sleep by mid-afternoon, in some ways still recovering from our adventures in Sibulan and Valencia the day before. After a couple of hours we awakened to the smell of coffee and were off again for a leisurely stroll along the beach.

Not too far from the Palm Village Guesthouse is San Juan’s poblacion or town center and the Capilay Spring Park. This is a public bath where locals supposedly hang out but on the day we dropped by we saw only a solitary Eastern European-looking guy taking a bath.

It was quite late in the afternoon when we arrived at Capilay so we opted to just take photos of the spring park. Curiously, we saw several fresh water fish swimming in Capilay’s emerald green waters.

San Juan faces west and is famous for its stunning sunsets. But probably because of our languid pace, Leo was unable to set up the camera on time to capture long exposures of the magnificent lights display that marked the end of our first day in Siquijor. He had to wait until the next day to capture the sunset near our resort but it wasn’t as dramatic as on the first day. Still… 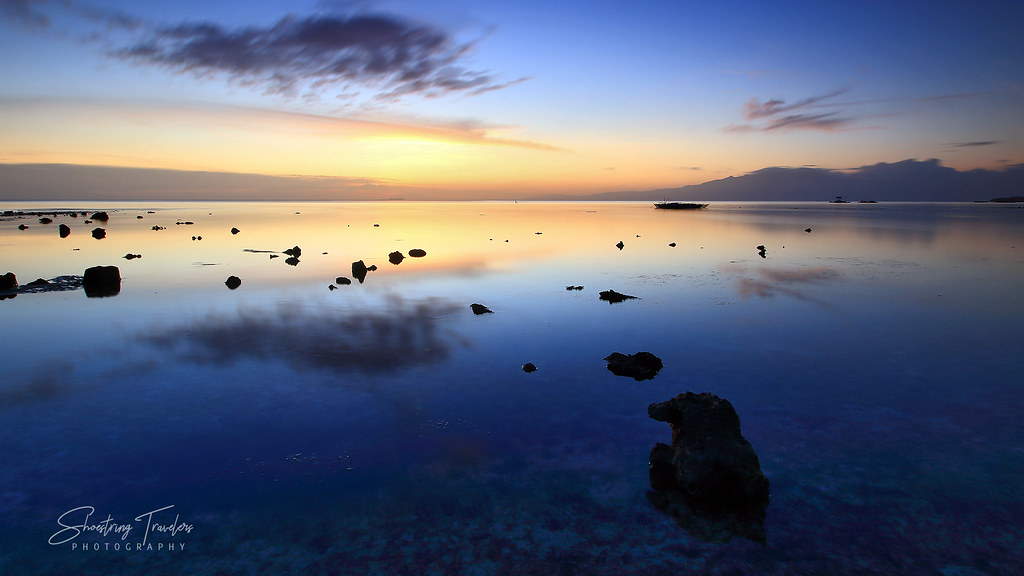 Since we often had limited time during our past travels we would often fill up our schedule with as many destinations as we could. Not on this trip. We purposely cut down on the number of sites to visit and chose to spend more time on fewer destinations. The result of getting older? Maybe. But we like to think that it’s simply appreciating and savoring more of the beauty we encounter on these trips.

Getting There and Other Tips

Siquijor has a small airport (classified as a community airport) but it cannot accommodate commercial flights from Cebu Pacific or Philippine Airlines. (It does accommodate one small “scheduled and non-scheduled” domestic airline that rates so poorly at TripAdvisor we won’t even dare mention it.) Better to get a flight to Dumaguete, then take the ferry to either Siquijor (town) port or Larena port. Since we were staying at San Juan, we chose the ferry to Siquijor town’s port which is closer.

You can buy tickets for Siquijor-bound ferries at ticketing offices close to Dumaguete’s port. Online booking is not allowed; you will have to purchase tickets on your day of travel. We opted for an Ocean Jet Fast Ferry which made the trip in less than an hour but you can also book a regular ferry which costs less but makes the trip in 1.5 hours. Once you arrive at either Larena or Siquijor port, there are available tricycles and multi-cabs (small vans that can sit about 10 or so people). These same trikes and multi-cabs will also offer to take you on a tour of the island. It’s also possible to ask your resort to arrange such a tour. We chose to do the latter (a whole day tour via multi-cab cost our group P2,000).

8 thoughts on “Lazing Around at San Juan’s Beaches, Siquijor”