Only 7 kilometers long and 0.5 to 2 kilometers wide, Boracay Island in Malay, Aklan has attained a popularity out of all proportion to its size. It was practically unknown until the late 1970s when German travel writer Jens Peter described it as “paradise on earth.” Western backpackers started arriving in the 1980s to bask in its powdery white sand beaches and soon the island became famous as a budget destination. 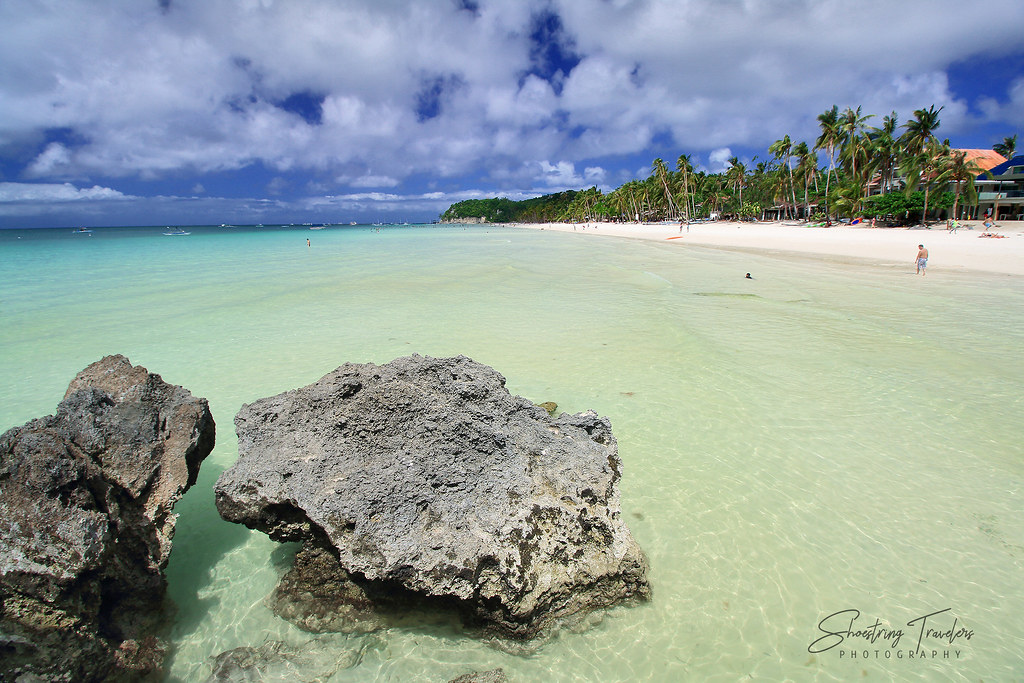 By the 1990s, Boracays’s beaches were being touted as among the best in the planet. It was awarded the title Best Island in the World by the international travel magazine Travel + Leisure in 2012 and was at the top of the “Best Islands in the World” list published by the international magazine Condé Nast Traveler. By then the island had been transformed from a sleepy backwater into a top tourist destination that included luxury resorts. 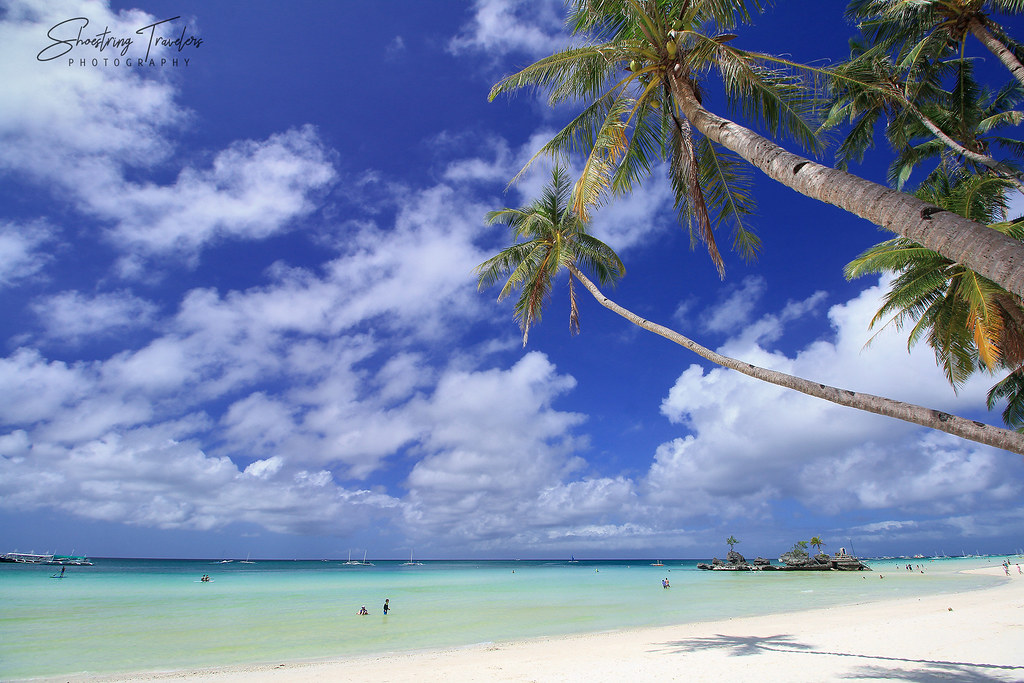 During our second visit to the island two weeks ago we were reminded about what made this island famous – its powdery, talcum powder-like white sand beaches. Along with friends Jeff and Gina, we stayed at a resort along White Beach, the longest (at 4 kilometers long) and most famous beach on Boracay. 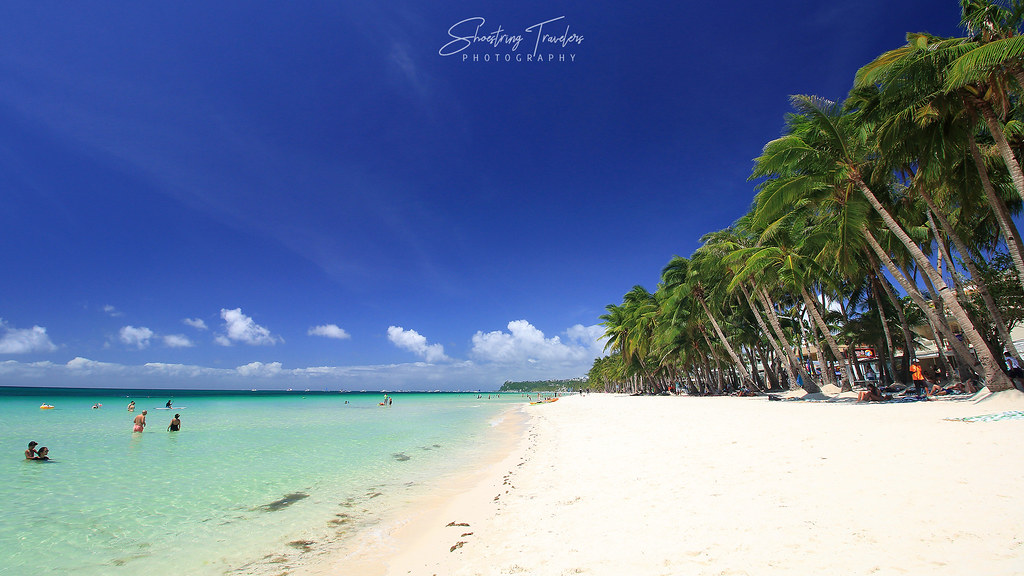 White Beach is the center of the action here. It’s where most of the resorts, restaurants, cafes and shops are located. Most photos of Boracay invariably feature White Beach. In our opinion it’s the most beautiful of all the beaches in Boracay.

The sand at White Beach is not exactly pure white but more of a creamy white color. But it’s still whiter than any beach we’ve visited, so much so that at high noon you would have to wear shades to combat the glare from the sand.

White Beach slopes down very gradually towards the sea

The sea bed at White Beach also slopes very gradually and this feature coupled with the absence of a strong current makes it an ideal place for swimming.

Weekend crowd at White Beach; this is a sparse Sunday crowd by Boracay’s standards and was certainly due to the effects of the Coronavirus

Locations at White Beach are described relative to the 3 boat stations where motorized outriggers from Caticlan port in mainland Malay used to dock (boats from Caticlan now dock at the jetty port near Cagban Beach although some motorized outriggers still dock at the stations). We stayed at a resort near Station 2 which is closer to the center of White Beach. This area is the restaurant, entertainment and shopping center of Boracay. 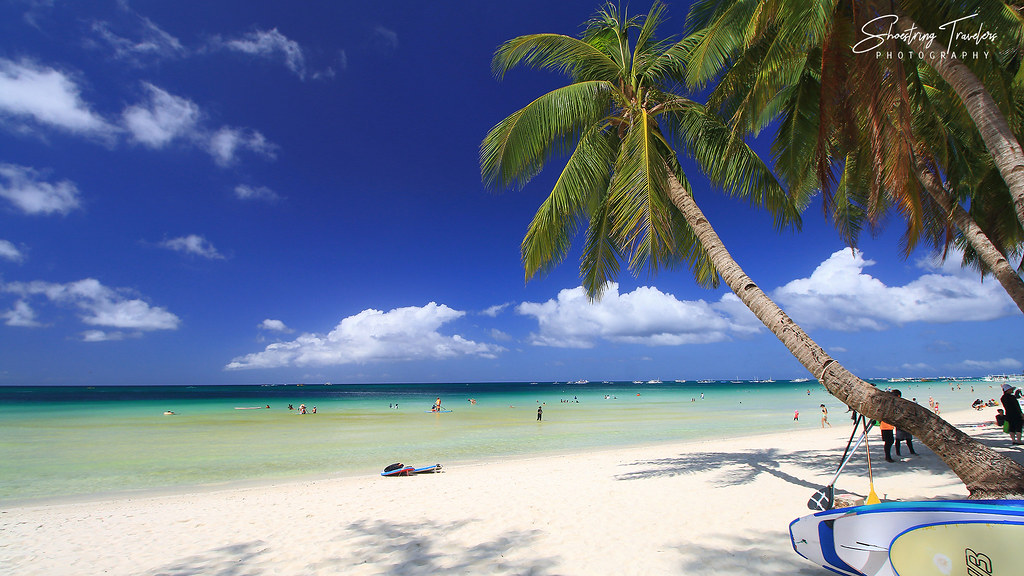 The beachfront near our resort

Station 1 is at the northwestern part of White Beach and this is where you’ll find many of the upscale hotels and resorts of the island. Near Station 1 and just offshore is Willy’s Rock, a short line of rock outcrops named after Willy’s Beach Resort nearby. 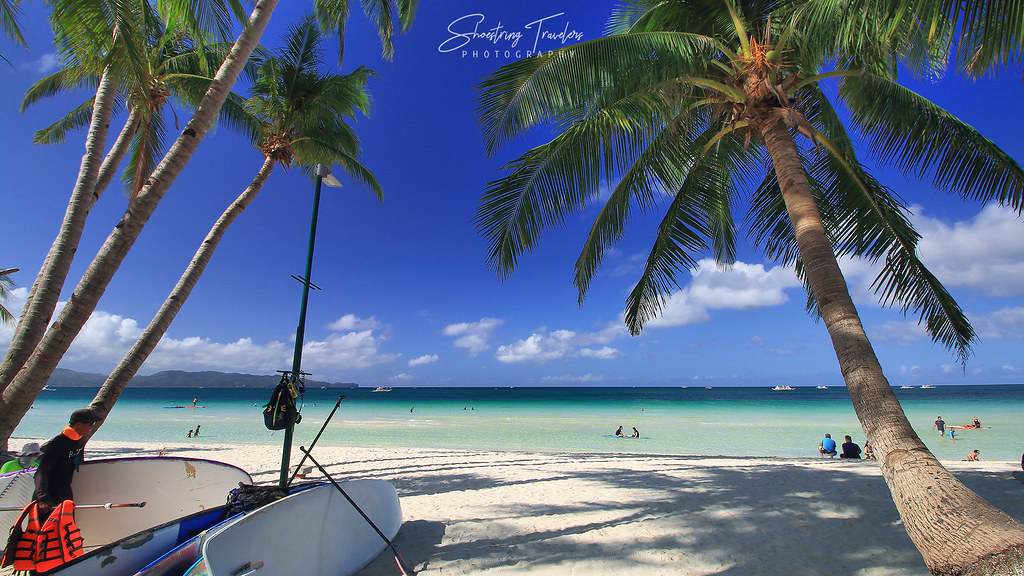 Stand up paddleboards for rent

White Beach faces west with the potential for excellent sunset views. Bunched up around the 3 stations are paraws or sailboats that locals also rent out for a 30-minute cruise of White Beach’s waters. Most of the sailing is done near sundown so that guests can enjoy the awesome sunsets here. 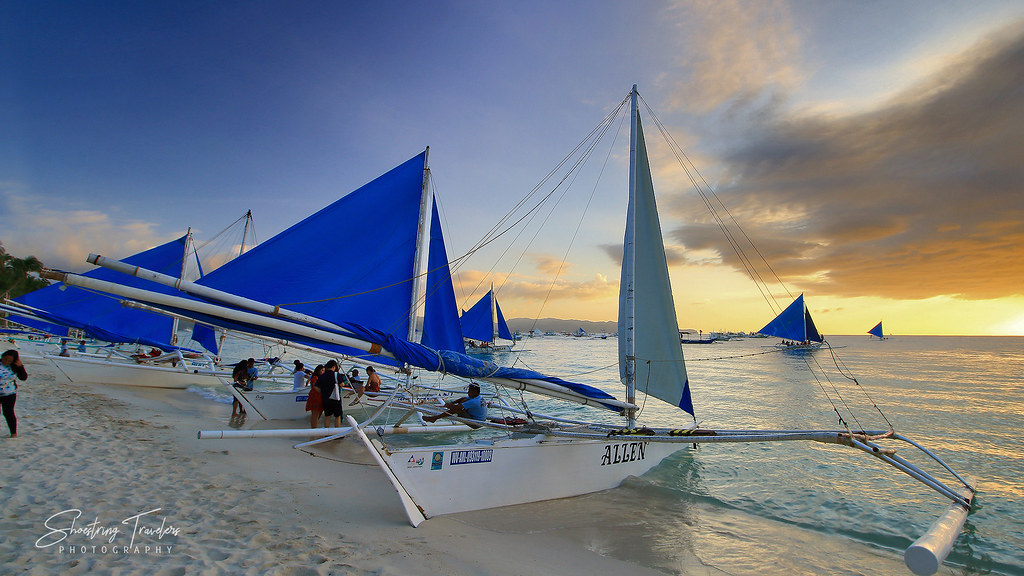 Paraws getting ready to sail into the sunset

Station 3 is at the southern section of White Beach in the area where one can find many of Boracay’s budget accommodations. Sunset finds a pretty large crowd here along with paraws sailing off into the setting sun. 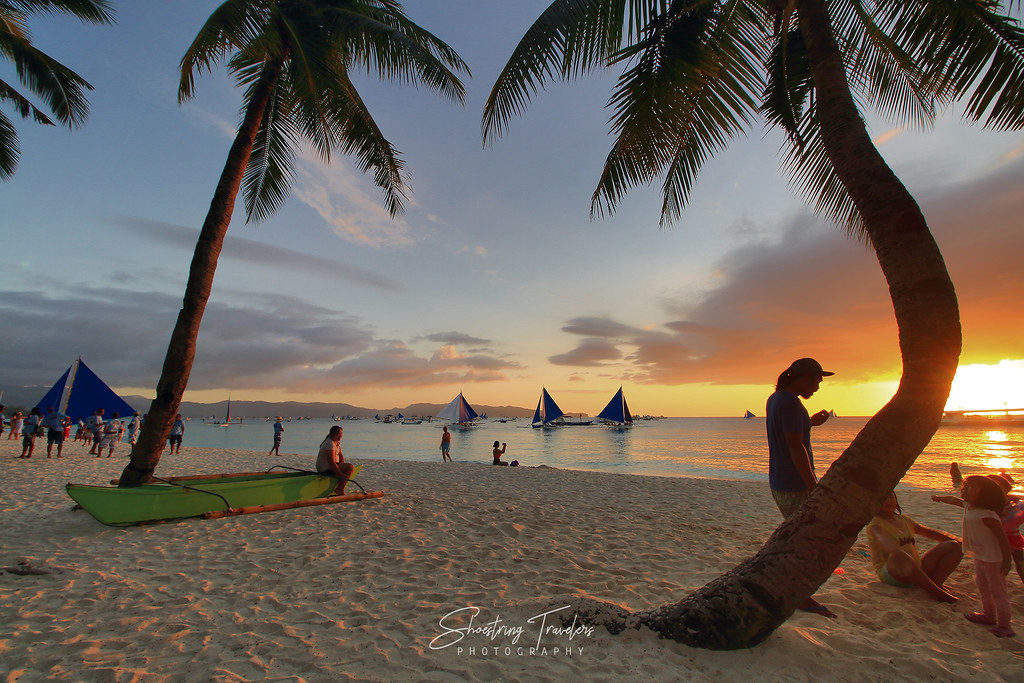 Bulabog and Other Beaches

White Beach, however is just one of the more than 12 white sand beaches of Boracay (some mention as many as 17). On our latest trip we got to visit one more – Bulabog Beach. This 2.5 kilometer-long beach is located on the east side of the island and is just a 15 minute walk away from our resort or 10 minutes away from the nearest point at White Beach.

Bulabog has become famous internationally as a kitesurfing and windsurfing destination. Quieter than White Beach (we didn’t see a lot of people here), this beach has developed a unique culture all its own. It is not as swimmable as White Beach due to the strong winds and waves but this same feature has made it the water sports center of Boracay.

Immediately north of White Beach are a string of smaller but charming white sand beaches: Diniwid, Balinghai, Punta Bunga and Banyugan. In 1995 we stayed at the northern end of White Beach and got to visit Diniwid simply by walking from our resort. We also sailed to Punta Bunga Beach at the time when the Shangri-la Resort had yet to be built. These days some of these beaches are only accessible through the upscale resorts on the beachfront.

Rounding Boracay’s northern end one encounters the rustic and beautiful Puka Beach famous for its shells. On the eastern side just north of Bulabog Beach are Ilig Iligan and Lapus Lapus Beaches. South of Bulabog are the beaches of Lugutan, Tulubhan, Tambisaan and Manoc Manoc plus a few more minor beaches. Tambisaan is famous for snorkeling and may have been the spot where we snorkeled back in 1995. Finally, at the southernmost tip of Boracay and just adjacent to the jetty port that receives visitors from Caticlan in the mainland is Cagban Beach.

Boracay has evolved over the years from an untouched beach paradise, at one point even earning a reputation as a beach party place. By 2017 it had become a crowded beach destination with over 2 million visitors that year alone. Subsequent government efforts the following year corrected a good number of the problems associated with overdevelopment while keeping the beach closed for several months. It would have been ideal had development been controlled since way back. Still we’re thankful we could enjoy the island’s fabled white sand, turquoise waters and beach vibes.