Unless there is an approaching wayward typhoon, we make it a point to go to the beach early in December. By then the monsoon rains would have stopped and the amihan or cold winds blowing in from the northeast would have made beach bumming more pleasant. But as we walked off the ferry that brought us to Bantayan Island from Hagnaya port in Cebu, we were greeted by a hot sun and an almost cloudless sky. After negotiating the short distance to a waiting van that would take us to Kota Beach Resort, we were soon gasping for air, beads of perspiration trickling down our faces.

This hot December day could have easily been mistaken for summer. But it also helped infuse a stunning array of tropical colors into our surroundings as we began to explore the beach in front of our resort. A wide swath of powdery white sand beach and layers of aquamarine, turquoise and deep blue waters lay before us – scenery so colorfully serene that we were soon lulled to sleep under the shade of the verdant coconut palms towering over us.

Kota Beach is perhaps the most picturesque beach in all of Bantayan Island with the exception of Paradise Beach to the west. It was the main reason we chose to stay at Kota Beach Resort. Like most beaches in Santa Fe town, the sand here is fine and creamy white in color. It stretches a good distance from the resort before sliding under the crystalline turquoise waters. 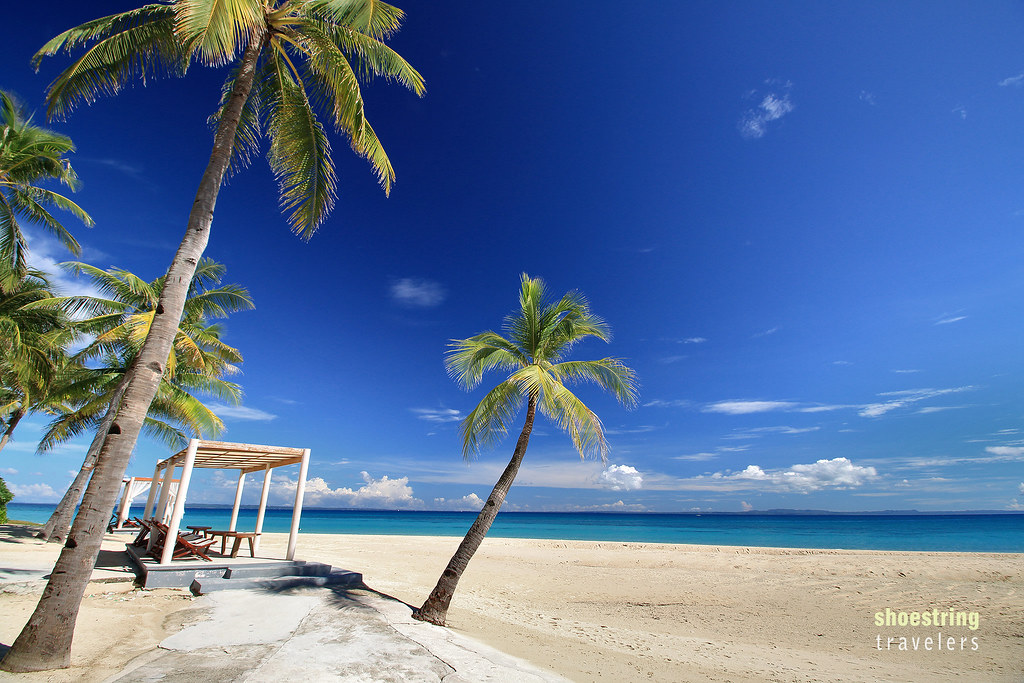 At high tide, sea water is trapped among undulations in the sand forming a lagoon and a sandbar. During this month, however, the lagoon and sandbar is not as pronounced as at other times of the year. The resort staff told us that the lagoon and sandbar is best viewed in the summer when the tidal variation is much more favorable and when the lagoon’s waters are deep enough to give it a stunning turquoise color. It is also the time when the sandbar takes on a beautiful curving shape.

This long stretch of beach is perhaps one of the most breathtaking beach scenes in the Visayas. To soak this all in, one can go resort-hopping along the lengthy beach stretch. Moving north from Kota Beach, one encounters the beach front of Marlin’s Resort where the water is clear and shallow enough for children to take a safe dip.

Further north beyond Marlin’s is the Santa Fe port and ferry terminal. Adjacent to that is the Santa Fe Beach Club where we stayed in the 1990’s during our honeymoon. Dropping by this resort and its beach front after an island-hopping trip on our second day in Bantayan, we noticed that much has changed in the area since but the beach has remained beautiful. The Anika Island and Abaniko Beach Resorts are located a bit further north of Santa Fe Beach Club; the beachfronts here are also worth a visit. On a sunny day, the waters here form another incredible array of blue and green colors. Tour boats are parked near these two resorts with boat men offering to take visitors to nearby Virgin and Hilantagaan Islands.

Back at Kota Beach Resort after our island-hopping trip and visit to Santa Fe Beach Club, we reclined lazily at the wooden chaise loungers on the beachfront while sipping fresh coconut juice. In a short while the sun would go down on a cloudless sky, leaving its colorful imprint on the horizon. It was a fitting end to a fun-filled day but tomorrow promises another day of touring more stunning beaches this side of Cebu.

Go here for directions on how to get to Santa Fe