Mention the island province of Marinduque and the first thing that comes to most people’s minds is the Moriones Festival during Holy Week. Marinduque, however, offers so much more than the colorful Lenten rites involving men and women garbed in the attire of biblical-era Roman soldiers. And so we discovered during a short trip to two of the province’s island destinations. 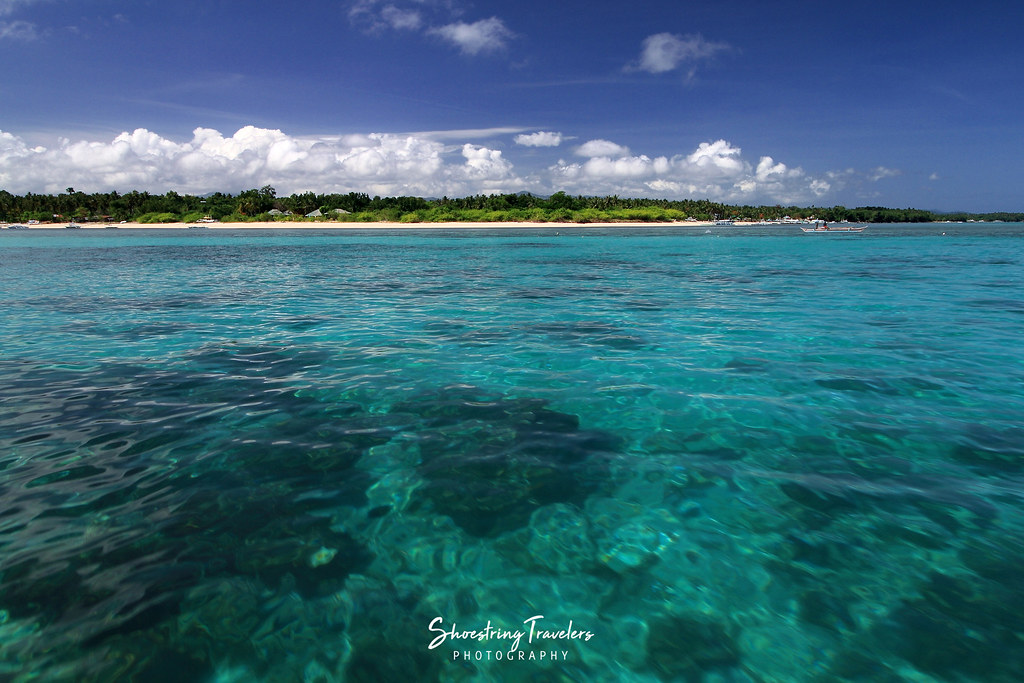 The waters off Maniwaya Island: pristine scenery such as this enticed us to pay a short visit to Marinduque

Marinduque has intrigued us for some time now and it wasn’t because of its famed Holy Week rites. Our travel radar instead turned towards two islands off its northeastern coast: Maniwaya and Mongpong. After driving all the way to Gen. Luna town in Quezon’s Bondoc peninsula, we boarded a ferry bound for Maniwaya Island where we had booked a room at the Residencia de Palo Maria beach resort. 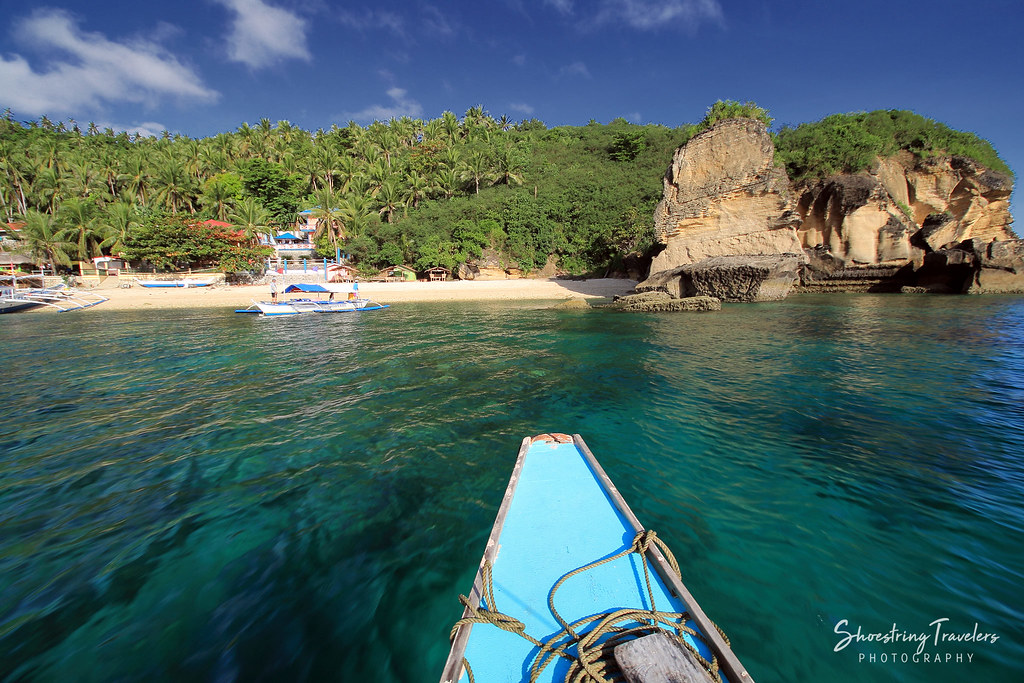 Nearing our first destination; the Ungab Rock Formation is to the right.

Island-hopping was at the top of our agenda for this trip. A sunny, clear and almost cloudless day greeted us as we hopped aboard our outrigger for a 30-minute ride to another island east of our resort – Mongpong Island, sometimes called Mompong by the locals. One thing that easily stood out during our ride was the clarity of the waters around Maniwaya and Mompong. It was so clear we could easily spot colorful reef fishes underwater as our boat sped past. 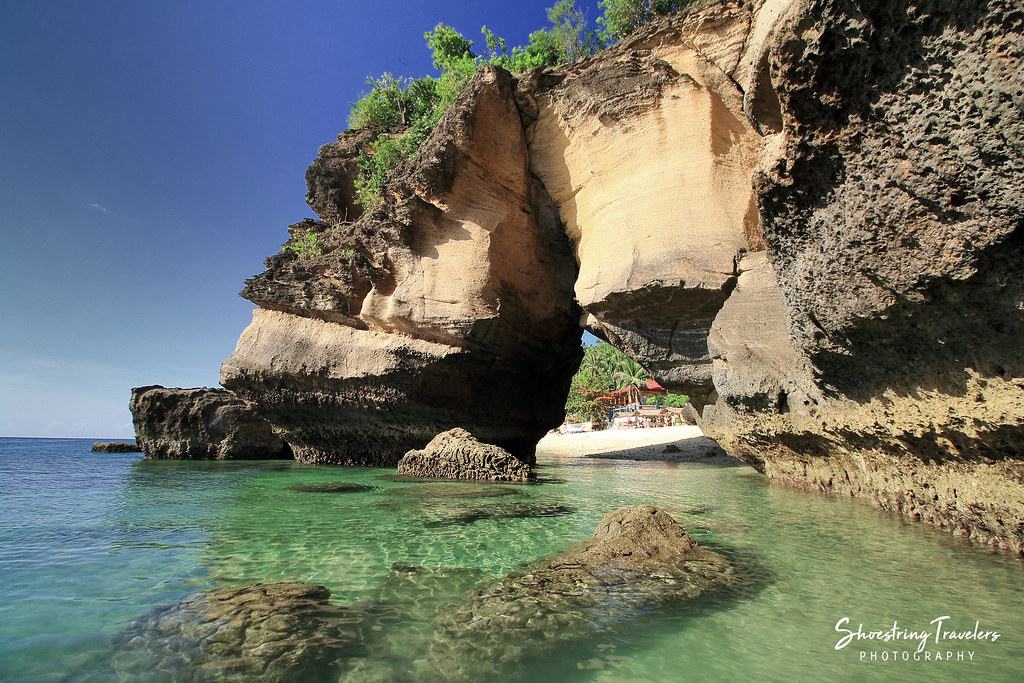 We hardly noticed the time as our boat glided through turquoise waters and soon rested at the white sand beach at our first destination: the Ungab Rock Formation. Located just off the beach, this colossal rock structure includes a segment resembling a land bridge jutting out to sea. A triangular hole carved out at the base of the rock (probably by erosion) enabled us to wade underneath the rock bridge and out to the other side. 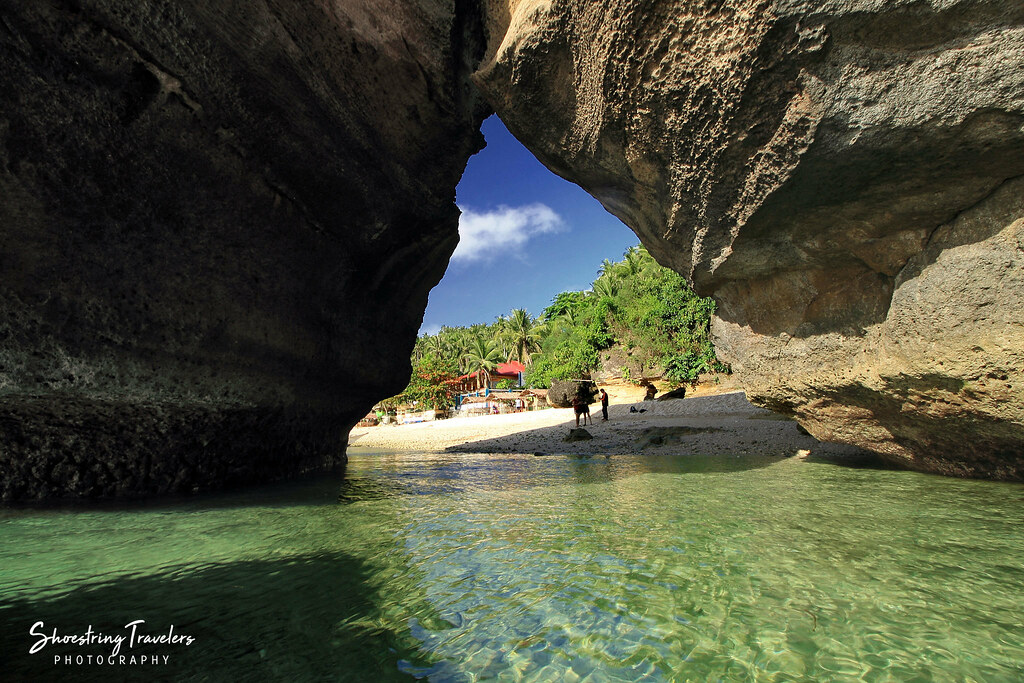 The sea floor, also composed of rock, is slippery at this point so we had to be extra careful. We were able to haul ourselves on top of some of the boulders and rock masses scattered about for better camera angles. The waters around the rocks are remarkably clear, enabling us to spot a host of colorful reef fishes swimming about. 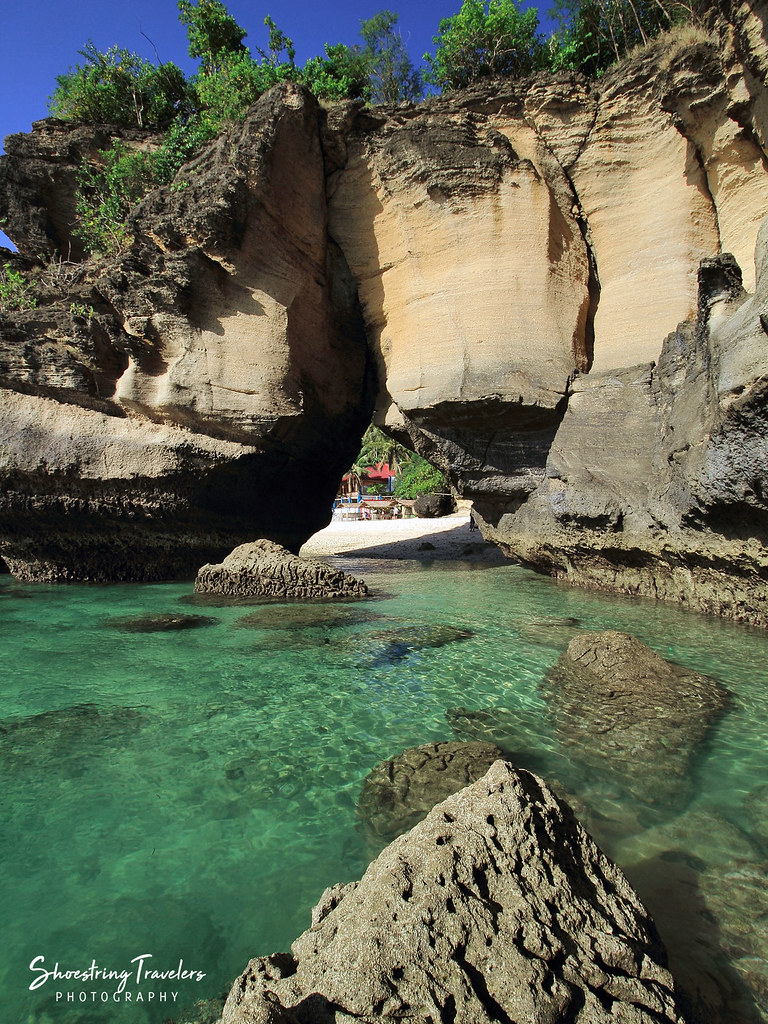 The waters at Ungab are remarkably clear

Several white sand beaches ring Mongpong Island, including the one at the Ungab Rock Formation. We asked our boatman to take us to at least another one and he obliged by heading east.

Leaving the beach near the Ungab Rock Formation

The larger rock mass of Ungab; the segment resembling a land bridge is to the left

There is a long white sand beach just after Ungab and we were soon gliding over shallow waters and getting ready to dock at the side of that beach where a resort was under construction. We could have gotten off the boat and swam to our hearts’ content here but our boatman said there’s a better place for swimming just a short boat ride away. 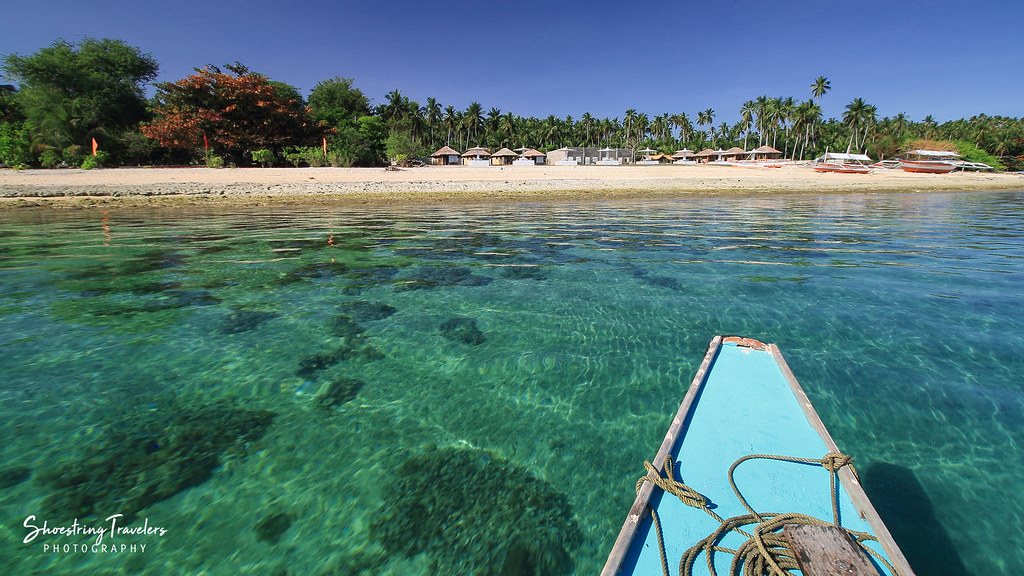 Approaching the resort under construction

Circling the eastern end of the island, we came across this line of karst rocks on the edge of the beach. Note again the water clarity: 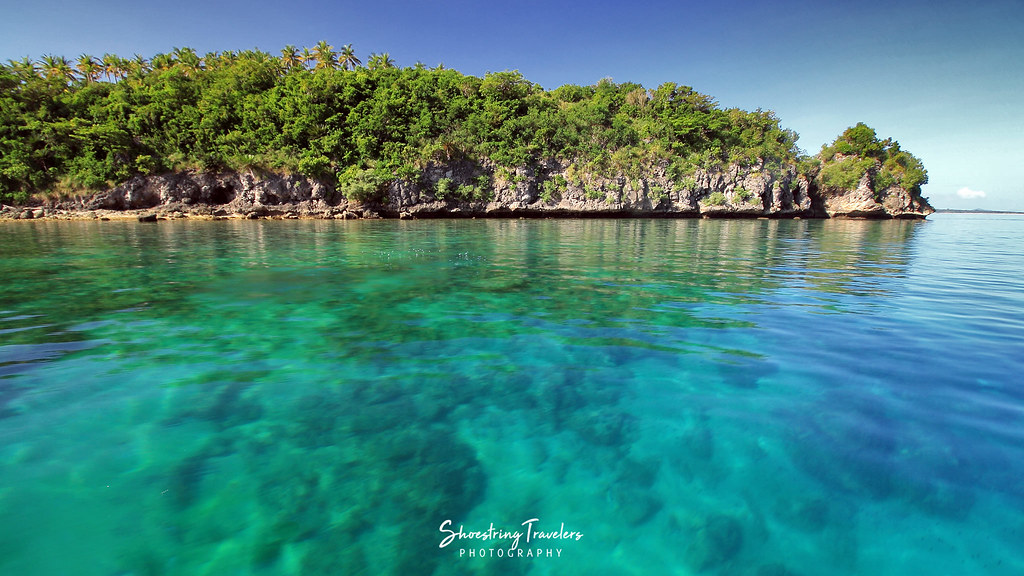 Karst formations on the eastern end of Mongpong Island

Our boatman Lito wasn’t mincing words when he mentioned about the excellent swimming spot in store for us as we headed back west to the waters off the northern end of Maniwaya Island. That would turn out to be one of our more memorable swimming experiences in a long while. Coming soon on our next post…

How to Get to Maniwaya Island