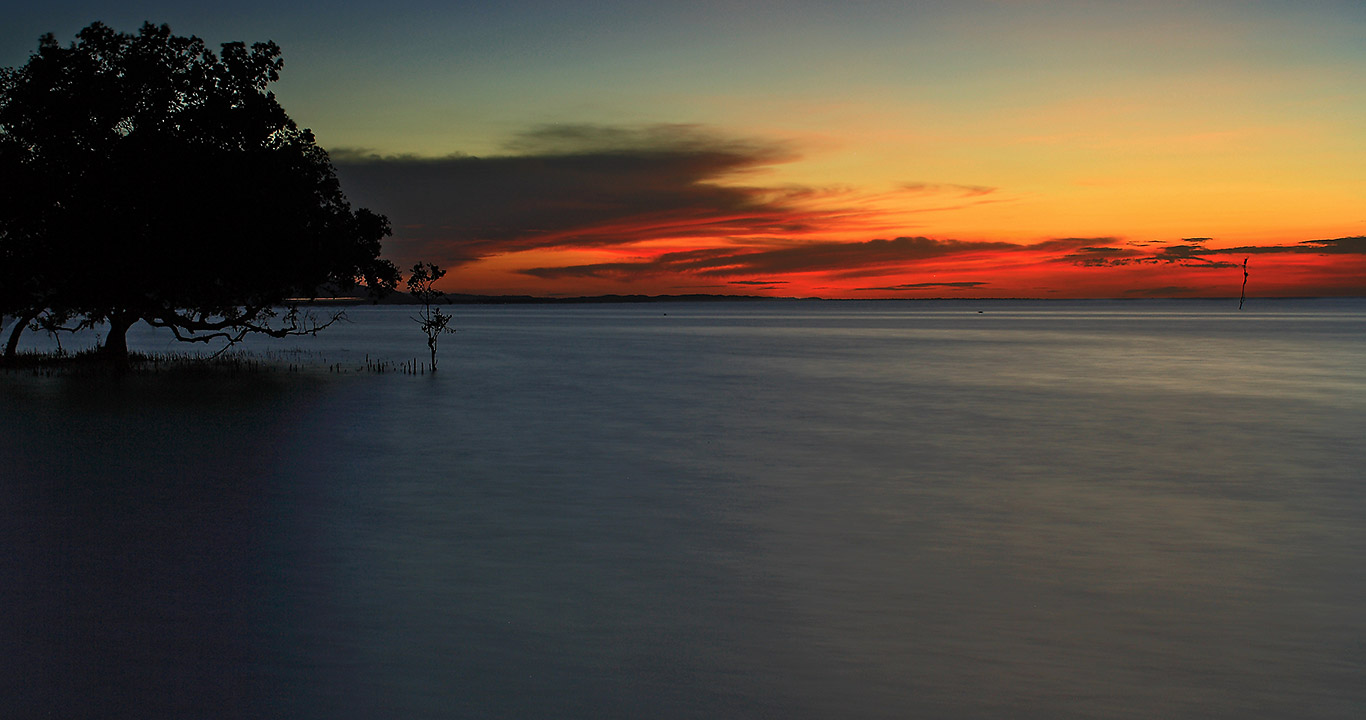 After our ferry from Dumaguete landed at Larena town we were off to our home for the next three days – a dive resort at a secluded beach in the northeastern tip of Siquijor island province. Our short trike ride took us through a scenic coast past a sleepy, charming countryside before detouring into a narrow track and into Sandugan Beach where Kiwi Dive Resort is located. It may not be as beautiful as Paliton Beach and the other more popular beaches at San Juan and Maria towns, but Sandugan Beach is a hidden gem in itself.

If Siquijor is a laid-back island, then Sandugan Beach is even more so. Most of the resorts in Siquijor are clustered around the beaches at San Juan and Siquijor towns where we encountered a considerable number of tourists. Salagdoong Beach in Maria is a popular public beach and resort which likewise draws a sizable amount of visitors including locals. In contrast, there are relatively few resorts at Sandugan where the beach is largely quiet and with only a few tourists – most of them foreign nationals – around.

Kiwi Dive Resort is a relatively small resort, with facilities designed to blend in with the environment. The resort restaurant and café is located right on the beach so while resting after a day tour or having a quiet breakfast or dinner we could relax and enjoy the view of a tranquil, white sand beach this side of Siquijor. Our favorite chillax moment here was reading and resting under the shade of trees with a cup of coffee on hand.

Mornings before breakfast or late afternoons are perfect for strolling around Sandugan when low tide reveals a large swathe of white sand in long, delicate ripples. On clear mornings the islands of Negros, Cebu and Bohol can be observed in the distant horizon. Mornings also greeted us with the sight of friendly locals gathering shells and mollusks while fishing boats began arriving, bringing with them their bounty from the sea.

Siquijor is popular for its fiery sunsets, particularly those at the municipalities of San Juan and Siquijor. Larena town including Sandugan Beach is no exception. We were treated to colorful displays during the two nights we spent here while roaming the northern and southern extremities of Sandugan. The staff at Kiwi Dive Resort told us that there are much more spectacular sunsets here with the right amount of cloud cover.

One of the features of Sandugan and other beaches in the northeastern corner of Siquijor is the presence of mangrove trees along the coastline, in many cases beyond the water’s edge. Mangroves are evidence of healthy marine eco-systems. Sure enough, when we took a stroll among the mangroves at the northern edge of Sandugan Beach at dusk on our second day here, we encountered a whole range of marine inhabitants: hundreds of small crabs, starfish, shellfish and curious mud skippers who would show off their leaping abilities whenever we came near. The dive master at Kiwi Resort also told us that there’s plenty of good diving just offshore. Mornings usually bring sand pipers, white egrets and neon-blue kingfishers feeding off the rich bounty on the beach. 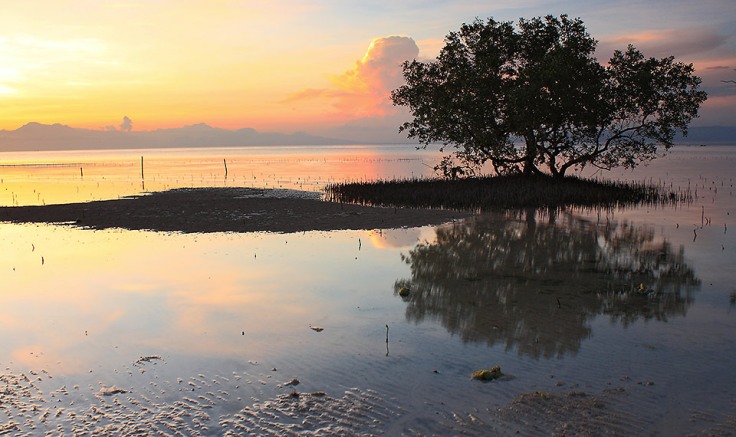 It’s been more than two years now since we first came here and judging from recent pictures it looks like Sandugan Beach has not changed that much. Which is all very well. If ever we decide to again visit Siquijor, Sandugan Beach would be right there on the top of our list as our chosen place of refuge.

For more tips on getting to and around Siquijor visit this page.