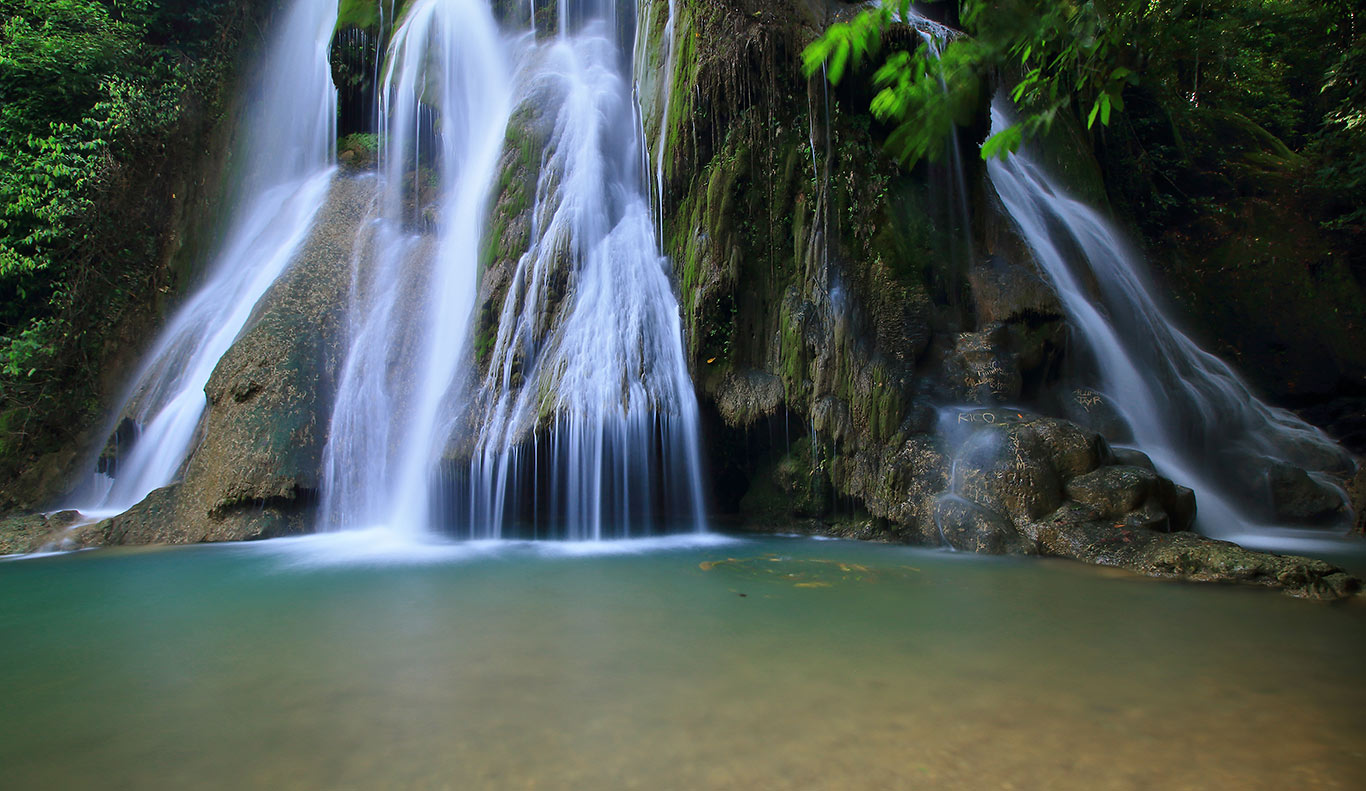 After a few weeks of monsoon rains in the country, we finally got a glimpse of good weather – cloudy still but no heavy rainfall for the time being. Wanting to escape the city even for just a solitary day we drove off to Tanay in Rizal province to revisit two waterfalls tucked away in the highland forests of this town. We’ve visited Batlag and Daranak Falls before but would settle for any destination away from Metro Manila’s traffic and urban jungle.

Daranak Falls is a popular destination for both locals and visitors because of its proximity. Neglected before, it has been carefully managed in the last few years by the local government of Tanay which has taken steps to keep the falls and its surrounding areas clean.

Even during the monsoon season there are still a considerable number of visitors here. Summer or dry season however, brings a sea of humanity to Daranak, posing a problem for the local government unit tasked with keeping the area clean.

A few hundred meters away from Daranak – on a short uphill trek from the latter – is lesser-frequented Batlag Falls. This waterfall lies within a privately-owned area but one has to pass through the entrance to Daranak Falls (and pay the P50 entrance fee) before proceeding to Batlag. We had to pay another fee of P100 at the entrance to Batlag.

Batlag Falls is surrounded by dense vegetation. On the pathway up to the falls we encountered some unique flower species that we do not remember seeing somewhere else.

There are actually two separate waterfalls at Batlag. The one on the left is a relatively tall and narrow, cascade that drops down onto a deep turquoise basin.

The falls on the right is much wider, consisting of multiple drops that ends up in a wider and shallower pool, 5 feet deep at the most. The pools here are not as suitable for swimming as Daranak’s but they look more pristine. 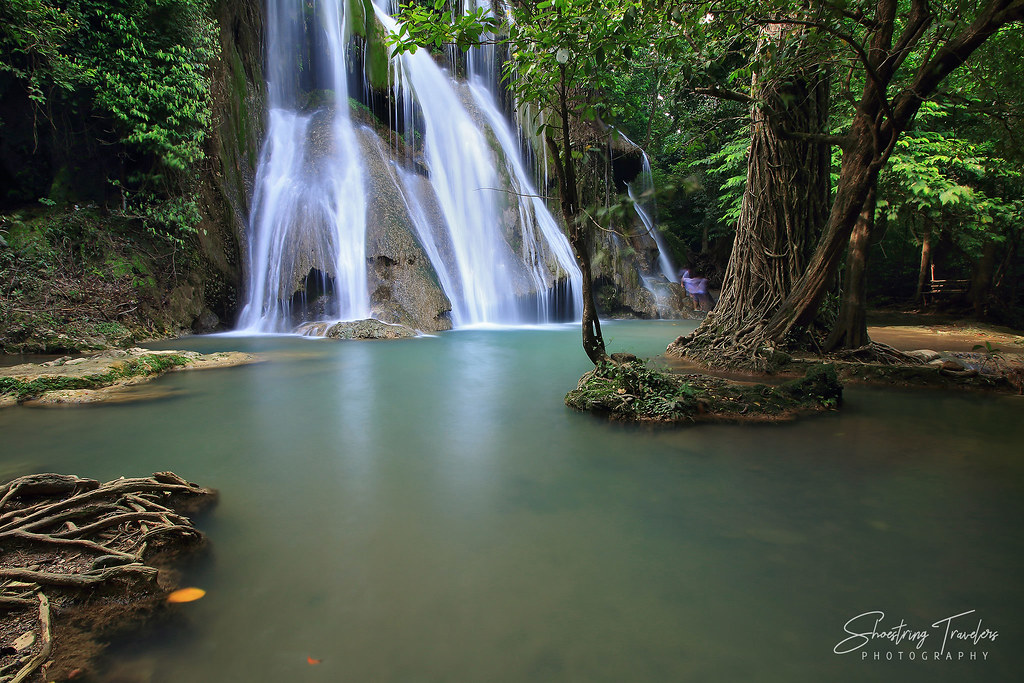 Compared to Daranak, Batlag Falls is not as well maintained. The visitor facilities here – especially the restrooms – are in need of maintenance and repair. The scenery, however, is more enchanting, the stream feeding from the falls flowing over creamy-white rocks that form beautiful turquoise-colored pools along its length. There are also less people here, making it a more suitable place for peaceful relaxation and quiet reflection. 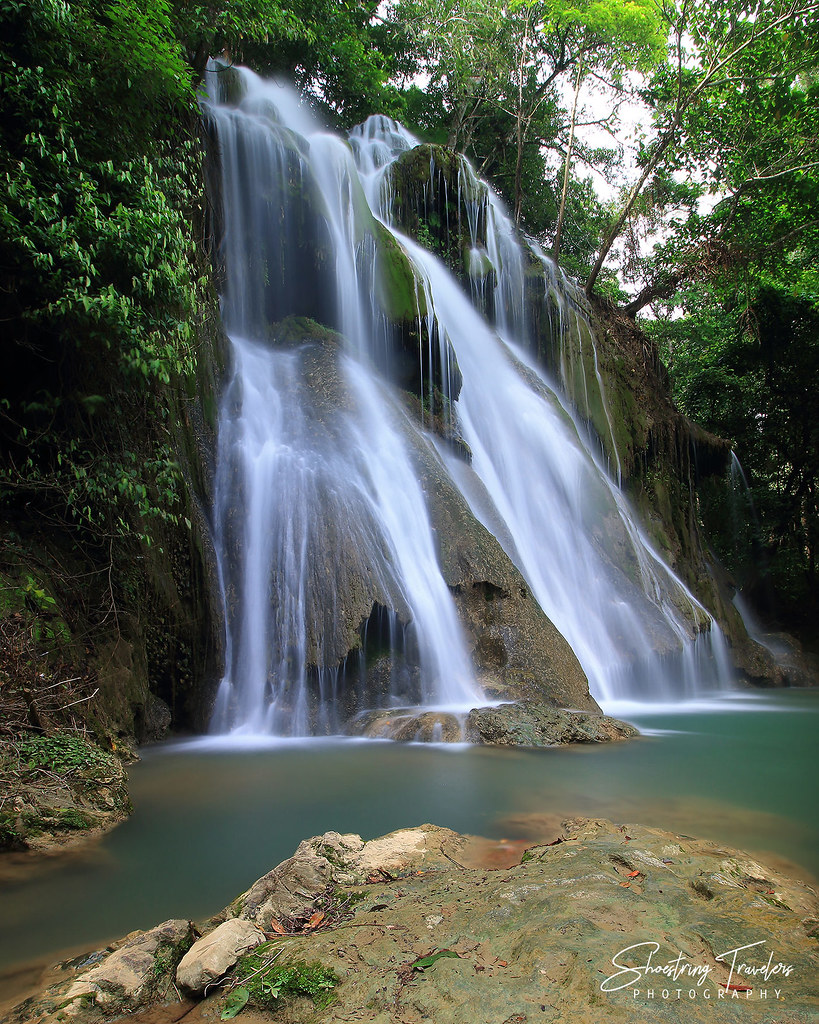 Daranak and Batlag are just two of the several waterfalls in Tanay. There are several more in the hills and forests northeast of the town proper including Laiban Falls, Kay-Ibon Falls, Kinabuan Falls and the 8 waterfalls of Mts. Cayabu and Maynoba – some of which we’re hoping to visit in the near future.